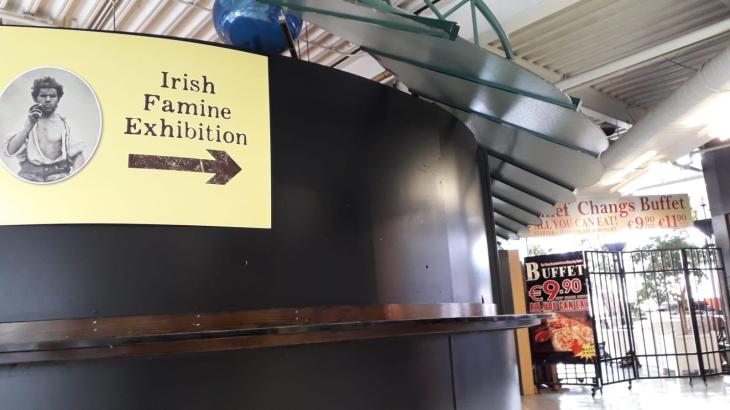 I’ve had the absolute pleasure this year of helping out with the promotion of the famine exhibition ‘Coming Home: The Great Famine’. Between that, and the fact that I’m Irish, to quote BlackKklansman; ‘I’ve got skin in the game’. Black 47, for the first time ever, portrays an Gorta Mor, or, the Great Famine on the big screen.

So if a traditional western is often called a spaghetti western, this is a potato western. It’s a down and out revenge story, all the better for the cupla focal thrown in on top of the incredible bleak landscape that honestly painted a version of the famine that is undoubtedly accurate but one that never really pops into our head when we think of it- horrible small derelict houses, a violent class divide and the religious dogma keeping people from surviving.

The anger in this film is absolutely relentless and you get the sense of the star is a pure force of chaos against the British forces. Basically, he’s a hardened soldier returning home, shocked by the state of things and the injustice against what’s left of his family he takes up arms again to dismantle the repressive forces of the British rule in a way that he can only do when he truly isn’t scared of them.

On a production level, there was a lot of conscious choices to focus on the story and the narrative rather than forcing a look onto the film. The actors aren’t starved or weak. They are just themselves, looking normal throughout the film. If you wanted to be arsey about it, you could point out that no one would be that big and tall and strong during a famine, even a returning soldier. But it would ruin the film to point that out, and also, it’s not really about the famine. It’s just set during it.

As great as this film is, I think it will do even better in the states where everyone claims lineage and that’s really important because this is very historically accurate. There’s a lot of things that this film really puts across well that’s often conveniently forgotten about the famine. Namely, the fact that there was fucking tonnes of food. We just weren’t allowed to have it. It was being shipped off to the UK. People forget that the famine was in most part a political action, and this film paints it as the broader, more complex thing that it was- showing the hand the church had, showing the attitude the landowning British class had toward us and the helplessness of the average bloke on the street- the main star of this film is the retribution everyone wanted. It’s one story of murder and rampage against the even more savage backdrop of the famine and I absolutely loved it.