Due to a number of personal factors and a well deserved holiday I never really found the chance to properly allocate the time to the number of releases I saw over the month of August. While going forward I shall be properly implementing better time management and scheduling so as to return to individual reviews for each upcoming release I see. That being said, I still wanted to do a write-up for each of the screenings I made it to last month.

After eagerly waiting for a sequel to the fantastic Incredibles for 14 years, Brad Bird and Pixar have finally brought a sequel which is worthy of its predecessor. The first film was truly a film for adults and kids alike with a blend of colourful animation and slapstick humour for children and rip-roaring action, adult themes, and a callback to 60’s espionage TV/film for grownups. Incredibles 2 returns all these elements tenfold with a stunning improvement in animation (even though the originals still holds up today).

Continuing on exactly where the original left off, Incredibles 2 is not just a nostalgic cash grab but a direct continuation of the saga. One of my favourite elements was the fragility of Mr. Incredible’s ego as he struggles between relieving his glory days and putting his family first. An interesting dynamic that director Brad Bird introduces is the reversal of Elastigirl as the leading hero of the story in a humorous moment where her penchant for reduced collateral damage gets her the job. While it doesn’t quite soar to the heights of the original, it’s still a wonderful film and one of the best films of the year.

Ok it isn’t quite a cinematic masterpiece but The Meg is the Ronseal of movies in that it does exactly what it says on the tin. The Meg knows it’s a pretty daft concept so it keeps it tone campy and never plays it too straight but refrains from becoming a parody, unlike the Sharknado films. It’s overstuffed with clichés, mountains of cringe-inducing one-liners, and characters lacking in anything resembling common sense but deliver’s on surprisingly gory and exhilarating giant shark-related carnage. 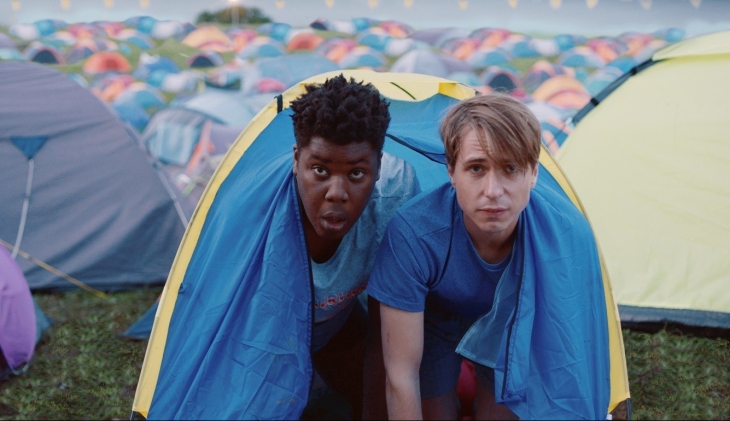 Coming from the creators behind The Inbetweeners, The Festival feels like a spiritual sequel to the universally loved show about youth and all its awkwardness and lack of judgment. Trading the chaotic setting of the classroom and a post-school holiday for a boisterous 3 day festival seems ripe for the kind of debauchery and wincing humour the series was known for.   Iain Morris cannot quite capture the hilarity of the series with many jokes being quite hit or miss despite a likable cast.

The only returning Inbetweeners is Joe Thomas playing Nick who really just fronts as a slightly more capable and charismatic Simon, although the painful awkwardness remains. There are some big laughs and a great supporting cast of British comedians and actors popping up in an assortment of weird and wonderful roles. The issue is much of the ongoing jokes fall flat and the actual festival setting feels squandered as many viewers will have even wilder stories from these events. 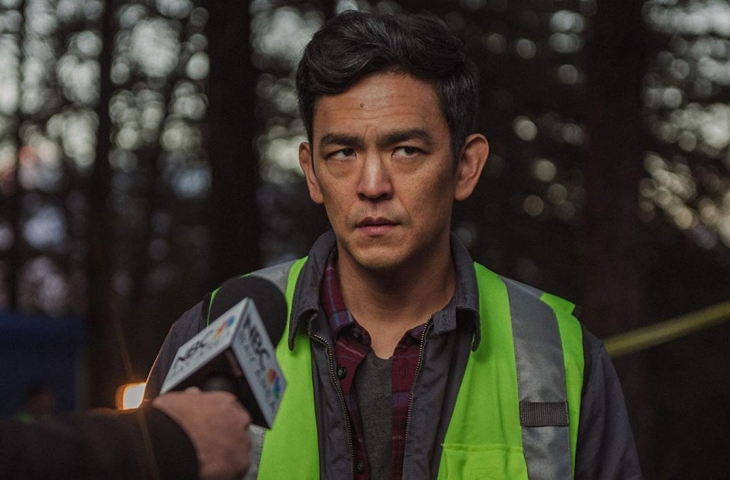 We were lucky to get an early screening for Searching (always makes us feel important) and it far exceeded our expectations. Found footage films has been more of a curse than a blessing when it comes to movies as the genre has allowed for far too many cheap, formulaic and low effort films squandering the reputation of the genre that films like The Blair Witch Project, Cloverfield and Chronicle helped build. Thankfully, first time director Aneesh Chaganty brings a fresh perspective to this tired genre and crafts one of the best thrillers of the year.

Searching benefits from a creative director, exciting script and a career-best performance from John Cho. For a film that takes place mostly in front of smartphone and laptop screens and surveillance footage; it’s painstakingly tense. The unfolding narrative is aided by kinetic pacing and a mesmerizing central performance from Cho. 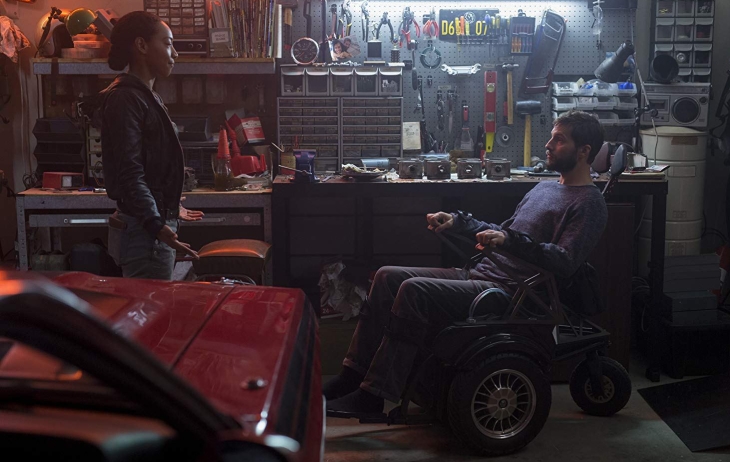 Usually, I have no issue with trailers due to my tendency to forget about them within a couple of days but Upgrade was the first trailer this year to really catch my attention. The trailer was darkly funny, violent and a throwback to low-budget exploitation science-fiction. Hats off to the marketing department because what the sold was exactly what the film was. Upgrade benefits from a fun concept that elevates it from just a simple revenge film with strong performances, grindhouse-style gore, black humour and a dash of moral conundrums associated with Artificial Intelligence. It’s shot in a thrilling and unique fashion that creates some of the funniest and most exciting fight scenes in years.

Where it falters is by backing away from some of it’s more interesting ideas and focusing too much on a revenge plot. The cat and mouse relationship between Logan Marshall’s, Grey Trace, and Betty Gabriel’s, Cortez, is uninspired and given little time to develop leading to a lull in pacing. Despite its few flaws, Upgrade is a delightful romp for gorehounds and sci-fi fans looking for an exploitation edge to their films. Perhaps most impressive is how the film thrives with a meager budget of $5 million (The Room cost $6 million for comparison).