After binge watching the fantastic Daredevil series released on Netflix, I revisited Marvel’s first dark and gritty entry to the comic book hero genre, the unsung hero of the Marvel franchise, Blade.

When first released, Blade was a surprise hit. It was Marvel’s most successful film at the time. Marvel’s first theatrical release, Howard the Duck, was abysmal and a complete failure both critically and financially. Blade was somewhat of an experimental movie, taking a lesser-known character from the comics and giving it a hard R rating. The payoff was significant as not only was it financially successful but it also launched Marvel’s brand into the film industry. Blade’s success helped pave the way for X-Men (2000) and Spiderman (2002). The movie restored faith in the comic book genre, which had taken its fair share of beatings from the failure films such as Batman and Robin (Fucking Bat credit card).

The story opens up with our titular character out on the job, which just so happens to be hunting fucking vampires. The opening scene is one of the best character introductions I’ve witnessed; it grabs you and doesn’t let up. During his hunt, Blade comes upon a victim, shows pity on her and aids her. From here the story kind of just unfolds, it introduces us to the villain Deacon Frost who represents a new younger, braver wave of vampires who challenges the elder vampires. This uprising in the vampire ranks ultimately leads to an approaching cataclysmic event which our protagonists need to stop. 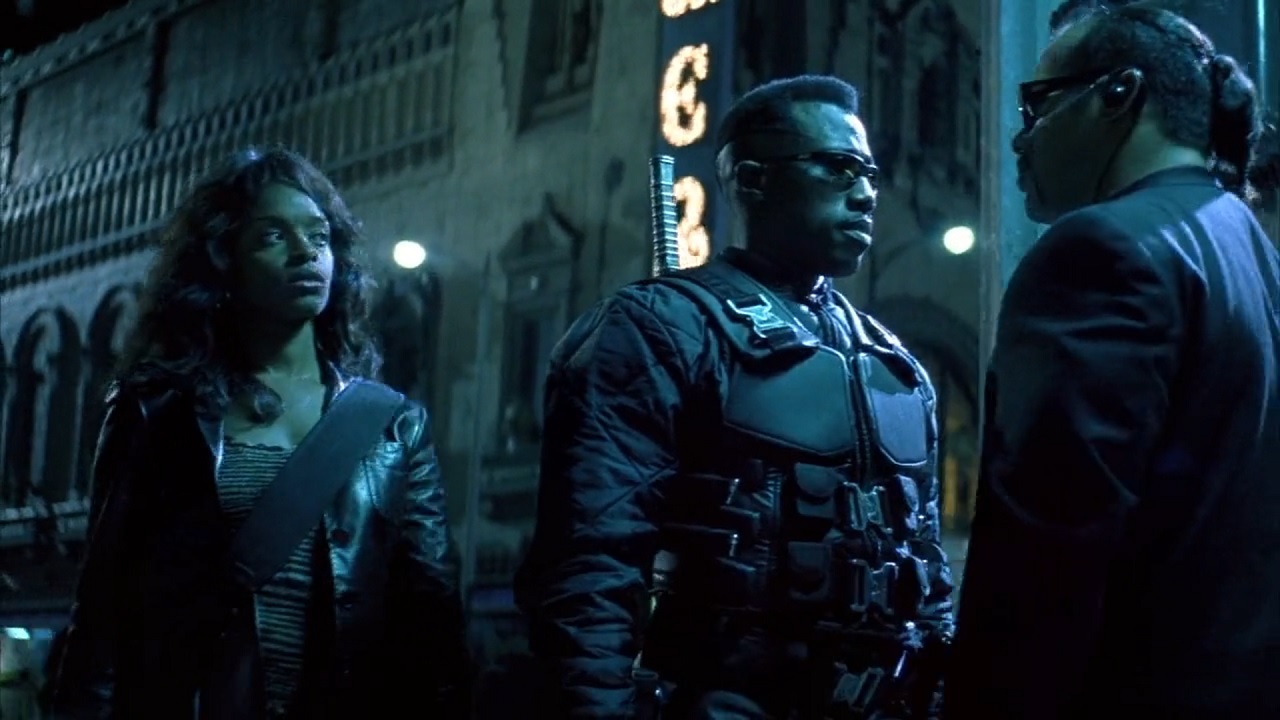 What impressed me most about Blade after re-watching it is how little it holds your hand. Sure there are entire scenes of exposition, but it feels more like world building and bringing a more modern approach to the vampire lore. Blade is not an origin story, which I love; it feels like every first film in the comic book genre has to show how the hero became said hero, which is becoming a tired trope of the genre.  The film never needs to beat you over the head either with Blade’s motivation, it’s established early he’s the hunter of the hunters and his mission to slay them all which stays consistent throughout the movie. Our hero here is both focused and seasoned, he cuts through his foes with extreme efficiency with no hesitation; it tells us he’s been doing this his whole life.

The film is presented in a fast, energetic stylish manner, extreme camera angles shift to bring us right in on top of the action, set pieces from both the human world and the vampire world are saturated with blinding lights and flooding shadows. It makes for a visceral experience. A visual cue I noticed was the younger vampires congregated in flashy, colourful and modern locations while the elder vampires resided in dark and dreary ancient looking environments. The new wave of the undead lived in a world that was very much alive. The soundtrack to the film has a mix and match of hip hop, techno and rock which stands up to this day. Techno music blares during action scenes, giving them a kinetic feel, while slower hip hop beats play during the more sombre parts of the film. The music enhances this film with some truly memorable tunes I still have on my playlist today.

Another stand out aspect of Blade is that it was made as an R rated film and it’s under this rating that it thrives. Today’s superheroes have mass appeal, so studios tend to present them in a more teen friendly manner. That is why we don’t see Wolverine dicing his opponents into bloody pieces. Blade is bloody and gory because it needs to be, vampires are vicious creatures and disposing of them is dirty work and Blade certainly has a flare for showing us. Blood and limbs paint the walls in Blade, bodies burn and disintegrate and it’s a delight to watch. Blade’s gadgets are great as they both suit the vampire lore but also look awesome; any excuse to have a samurai sword in a film is fine by me. Blade is a dark film both visually and thematically and if you want a gory gritty superhero film, then look no further.

Wesley Snipes is fantastic as the leading man in the film; his delivery is both calculated and hardened. Blade doesn’t see himself as a hero, more a man on a mission. Denzel Washington and Forest Whitaker were considered for the role of Blade, but Wesley was the man for the job as his martial arts background allow for brutal fight scenes. Snipes was not just the leading actor of the film but also the lead fight coordinator, every fight scene in the film he did himself and it’s evident because there is no need for flashy camera cuts to disguise a stunt double, what we are seeing is Wesley Snipes going blow for blow and it’s a treat to watch. It’s not only Snipes’ martial arts that make Blade truly shine, it’s his smooth delivery of lines that can’t help but make me smile (“Some motherfuckers are always trying to ice skate uphill”).

Kris Kristofferson’s Wheeler is superb as the mentor/sidekick; he’s got some of the best lines and thrives as the loveable, miserable old bastard. N’Bushe Wright as Dr. Karen Jenson is how a female should be portrayed in an action film, sure Blade helps her, but she’s no damsel in distress making her own choices and helping our protagonist save the day. It’s great that her character doesn’t become a simple plot device like a love interest, instead her character is very much central to the story and it’s finale.

Unfortunately, the finale of the film is pretty poor. We never fully understand what cataclysmic events are about to occur and the final battle becomes a standard sword fight affair that ends shockingly quickly. The finale also relies heavily on CGI which hasn’t dated well and I doubt it even looked good back then. It feels rushed and tries to compensate for this with bullet time and flashy one-liners which feel cheap and ultimately fall flat.

Stephen Dorff’s Deacon Frost makes for a pretty laughable villain. He is neither physically imposing nor cunning enough to come across as an arch nemesis to Blade. While I enjoy the idea of the young rebelling against the old, the new wave of vampires are just so cheesy, they represent the edgy youth of the 90s meaning the fashion and dialogue is laughable dated. I’m pretty sure one villain says radical! 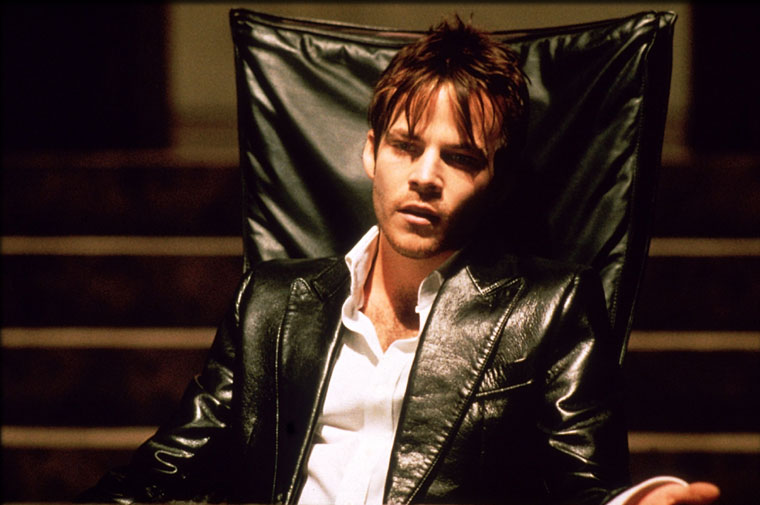 The lack of any real horror elements is sorely missed, especially with the darks visuals and vampire history available; it feels like a missed opportunity. The sequel, directed by Guillermo Del Toro, was far more effective at integrating horror.

I would definitely recommend anyone who is a fan of the comic book genre and action films to give Blade a watch. It’s got both style and substance in spades and is probably the biggest contributor to your favourite superhero film in the last 20 years.

Blade even rocked the trench coat a year before Neo.