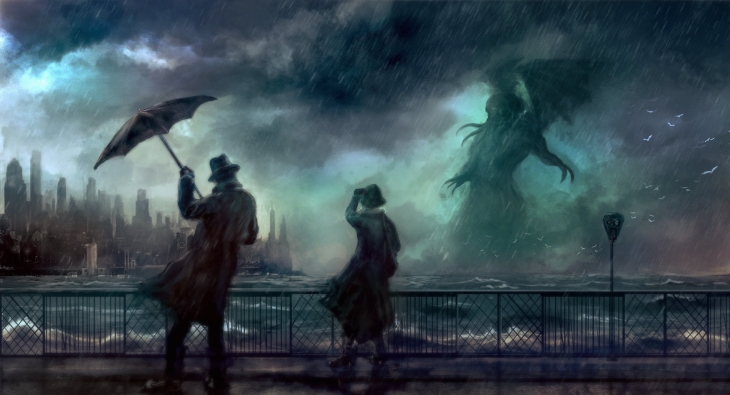 Last year we compiled a list of what we believed were the best Lovecraftian-style films. The list was not dedicated just to direct adaptations but also included films heavily inspired by the author. It’s an article I’m very proud of, but recent releases and a few admissions I’ve discovered since have reignited my interest in a follow-up list. Rather than simply update last year’s article, I’ve dedicated this recent article to include the latest releases and a shout-out to a few other worthwhile Lovecraftian films. 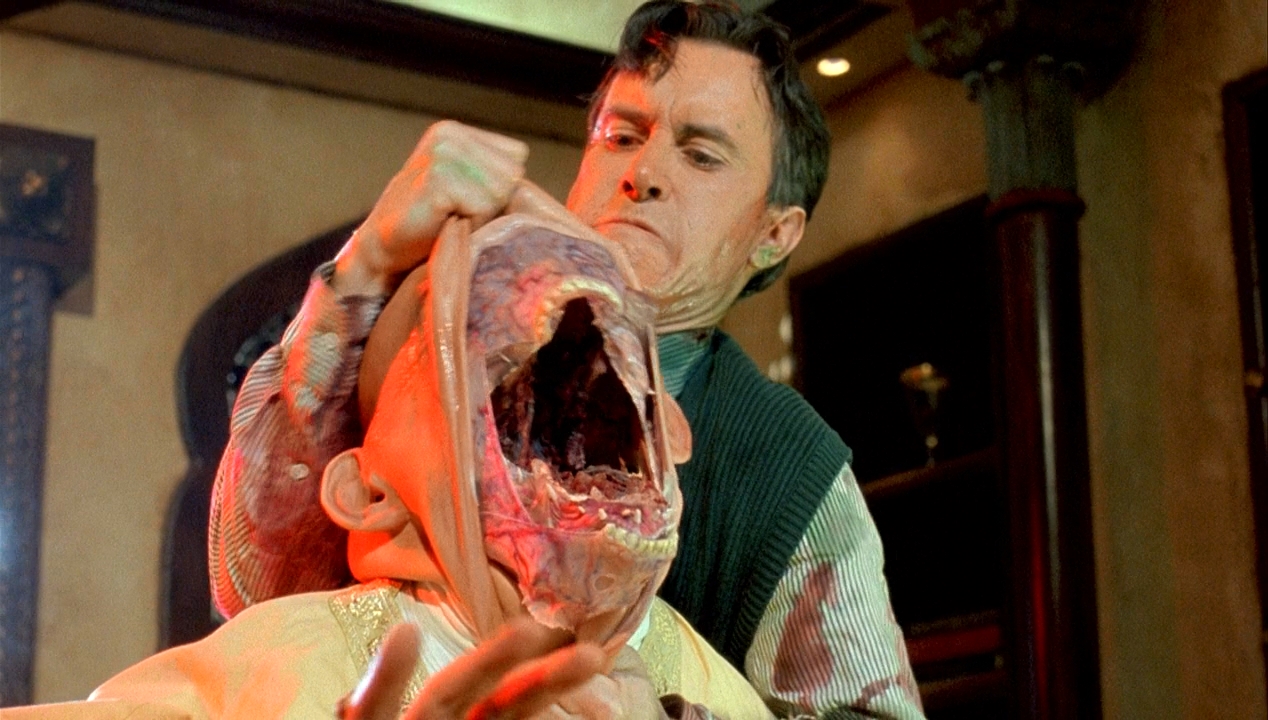 An anthology film dedicated to the author himself, which also humourlessly features a segment starring H. P. Lovecraft played by Jeffrey Combs (Re-Animator, The Beyond). Necronomicon is a bit of a mixed bag in quality but has shovel loads of gore and otherworldly imagery synonymous with Lovecraft’s writing. Comprising four segments, the frame story starring Lovecraft is a strong point featuring plenty of gruesome moments and black humour. However, the first story, The Drowned, is excellent, with fantastic practical effects from effects legend Tom Savini. The other two segments are pretty flawed but still have plenty of fun elements for fans of the author. 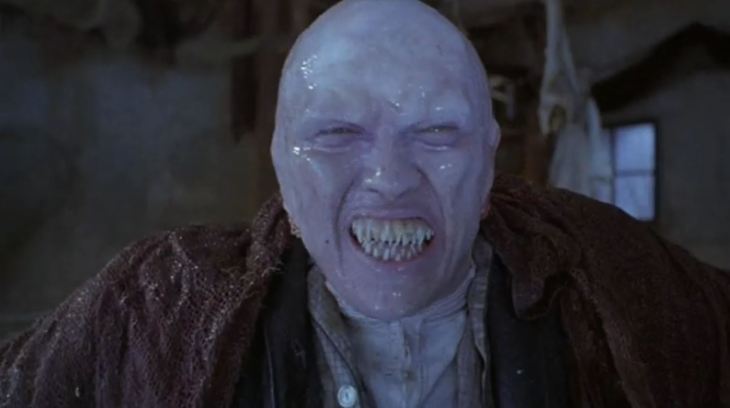 After the recent passing of esteemed horror director Stuart Gordon, I revisited Dagon after I had written it off years ago. My gripe with Dagon was I found it poorly acted and a little too camp to appropriately capture Lovecraft’s sense of terror. On second viewing, I found many of my initial criticisms held up, but it didn’t really consider what Gordon was conveying. Dagon is a throwback to 80s horror focusing on creature effects and over-the-top gore. While it may not be as severe as other entries on the list, its heart is in the right place. I would recommend Dagon as one of the more out-there Lovecraft homages.

The Void is a callback to the golden age of prosthetics and practical effects, 80s horror. I’m a massive supporter of CGI and its development, but sometimes you can’t beat plain old latex, rubber, and food colouring. The Void is an indie film with flaws aplenty. Still, its sheer commitment to paying homage to both Lovecraft and effects-heavy horror films easily won me over with some fantastic creature design and cosmic imagery. Black Mountain Side is the last movie I sat down and watched. Not only is it a worthy late entry to this list, but one of the best indie films I’ve seen, period. Taking place in an isolated snowy excavation site in Canada, the film’s narrative shares many similarities to The Thing. Still, it also sets itself aside with a more withdrawn and slow-burn approach. The actors are excellent, so much so it surprised me considering the film’s small budget and lack of name recognition, but this is one of the best ensembles of characters I’ve seen in a horror film. For a film with zero jump scares, it unnerved me like few horror films can, and the fleeting moments of violence and conflict have an enormous impact. I usually hate the term underrated gem because of how liberally it’s used in movie circles, but this film is the exception and actually fits the description. I would not have thought of Dark Waters as a Lovecraftian film were it not for the admission of director Mariano Baino who declared he drew heavily from the authors writing and based the film loosely on The Shadow over Innsmouth. Dark Waters is a tremendous little-known flick that takes inspiration from Lovecraft and horror maestros like Argento and Bava. Brooding and unnerving throughout, the film has an abundance of dark imagery and shocking violence that never lets up. A beautiful amalgamation of religious allegory and otherworldly entities, Dark Waters is a strong recommendation for Lovecraft fans and horror fans in general.

Released last year to cult acclaim, Daniel Isn’t Real is another excellent entry for the indie studio, SpectreVision (2 films from the studio appear on this list). Combining elements of psychological, body, and comic horror. Daniel Isn’t Real is a bold film far exceeding its modest budget. A Lovecraftian horror with a Fight Club vibe, the film is enthralling throughout with a beautiful central cast, exciting script, splendid music, and some stellar practical effects. Daniel isn’t Real is a must-see for enthusiasts of the genre.

Color out of Space is a film out of its time, an unapologetic 80s B movie shot in an LSD experimental art-house style. Director Richard Stanley and cinematographer Steve Annis have crafted a wonderfully bizarre film seeped in a hypnotic quality filled with lush colours and gory practical effects which play perfectly to the source materials’ cosmic/body horror. Stanley tinkers with the story to give it a more contemporary plot, but the heart of the story remains, but what is a welcome surprise is the abundance of humour on display. Cosmic horror is rarely explored despite it encompassing many horror elements, such as the descent into madness, science-fiction, body horror, and apocalyptic scenarios. Hence, it is refreshing to see a film so unapologetically paying homage to the genre. Stanley has mentioned he hopes that the film’s success can lead to different H. P. Lovecraft stories reaching the big screen, and all I can say is that I’m fully onboard.

Check out our original article, The Best Lovecraftian Films.