With ever-evolving news on the status of a reboot, I thought I’d go back and watch the original film adaptation of The Crow. I for one don’t believe that this needs to be rebooted yet as the original holds up perfectly fine in my eyes, they tried to release some sequels which failed to drive any interest – in fact, you probably didn’t even know that there were 4 sequels released. In recent years it has been compared to the Dark Knight due to the dark and adult tones while mimicking events to their main actors behind the scenes.

I would like to start by saying I do like this film – Brandon Lee’s take as the main lead is interesting and more adult for the time of its release. Nowadays this would fit perfectly in the DC movie universe as the use of the dark & brooding character is the norm. 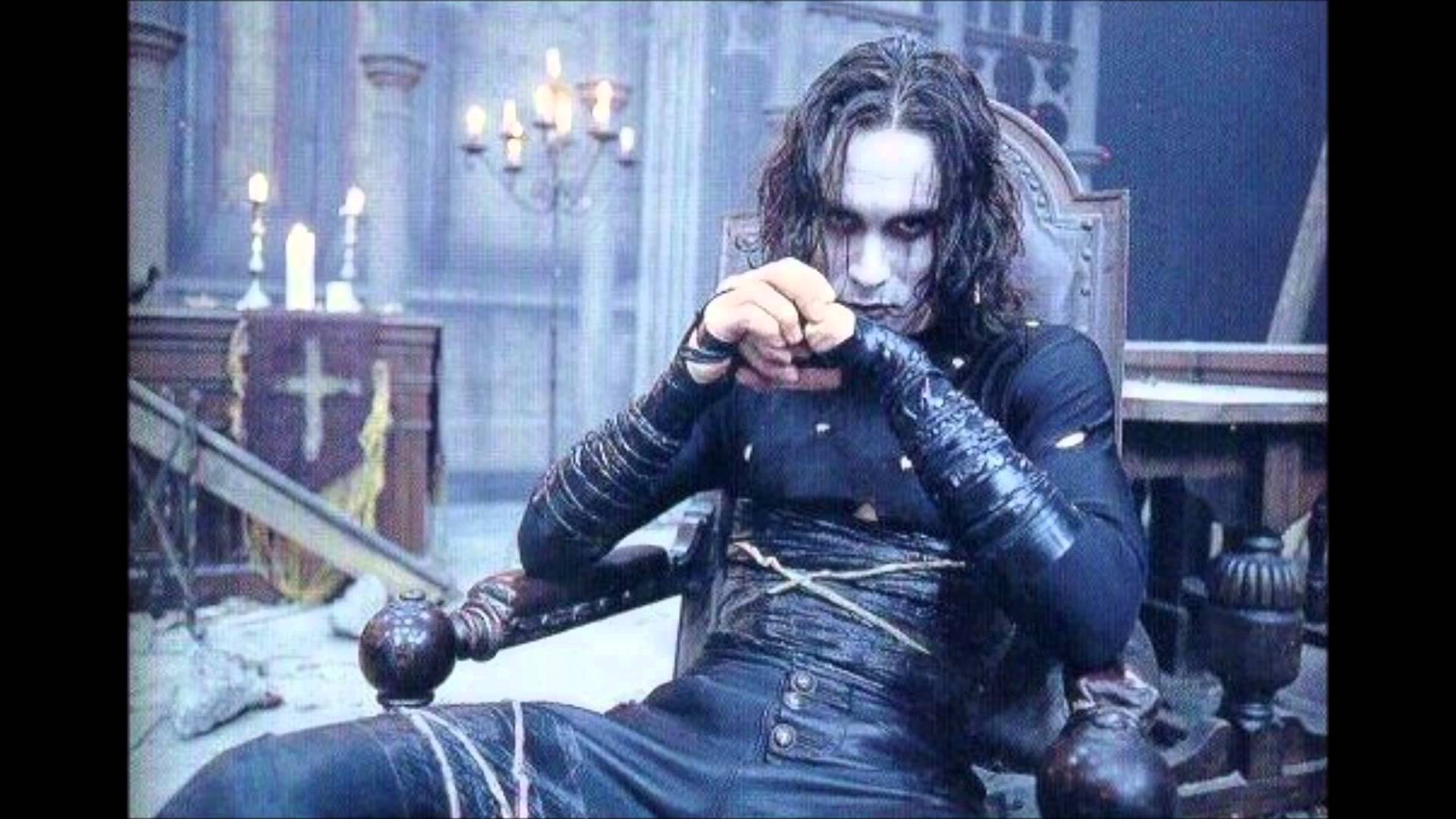 The film isn’t perfect, but it’s a damn terrific adaptation of the graphic novel, and one of the best comic book movies of its era. Not only is the story fairly true to the rather heartfelt, tragic source material, but the film also carries the stigma of being Brandon Lee’s final performance (for those who don’t know: Lee died during filming while joking around between takes with a fake bullet shot out and got lodged in his throat).  Like Heath Ledger, Lee was a rising star who had only begun to entice studios and audiences with his acting/action prowess, and like his father before him, he was gone too soon. The film was a tribute to him under the families wishes for it be completed.

The rest of the supporting cast is strong with them delivering interesting and compelling performances even though they don’t get much screen time. The highlight for me is the scene with Lee and T-Bird, the actor portrays pure disbelief and terror in the space of a second when he recognizes Lee’s character (T-Birds line: “There ain’t no coming back!” is still chilling to this day).

The Crow continues to shock and frighten now nearly 20 years later. It’s a moody film with wonderfully elaborate set design, great costumes, knockout performances and a brilliant, though simple story. The film does move a little slowly at times and it’s clear that it’s been pieced together early on with either a stand-in for Lee or digital footage. But that doesn’t hinder an otherwise stark, brooding, emotional tale of love, vengeance and regret. A remake would only add CGI, and that’s probably about it.

Overall it’s well worth a watch even if you’re not a superhero fan Lee’s performance stands out enough to entertain the average movie fan. I would recommend this to anyone who is just looking to watch a good revenge tale on a wet Sunday afternoon.

PS: the soundtrack is also kickass with “Draven’s rooftop solo” and The Cure’s “Burn” being the standouts.

*I found out only recently the the T-Bird scene was done during a reshoot and they used a double with CGI for Lee. Brandon Lee is the first actor to be brought back on film with CGI. ~Shaun