Richard Stanley is something of an enigma for cult film fans; a rising creative silenced by the machinations of the Hollywood machine. Stanley was an upcoming filmmaker who directed two low budget features that displayed a unique voice and talent for directing. Unfortunately, this is the cautionary tale for many rising filmmakers who capture the eyes of a big studio as Stanley was given a huge budget to make the film of his dreams, The Island of Dr Moreau, only to have his film snatched out under him by a cast of ego maniac actors and ruthless executives more concerned with the budget. The making of The Island of Dr Moreau is one of the most infamous stories of a troubled production, and by troubled we mean a fifty car pile up. The chaos behind the scenes has been perfectly captured in the must see documentary, Lost Soul: The Doomed Journey of Richard Stanley’s Island of Dr Moreau.

After Stanley’s firing, the director had fallen into obscurity for the last 23 years. Other than a few documentaries, Richard had all but rejected Hollywood but also found himself blacklisted when presenting any potential scripts or projects. Luckily, rising horror distributor SpectreVision, headed by Elijah Wood of all people, saw potential in Stanley and his Color out of Space script and green-lit the project with Stanley as director. 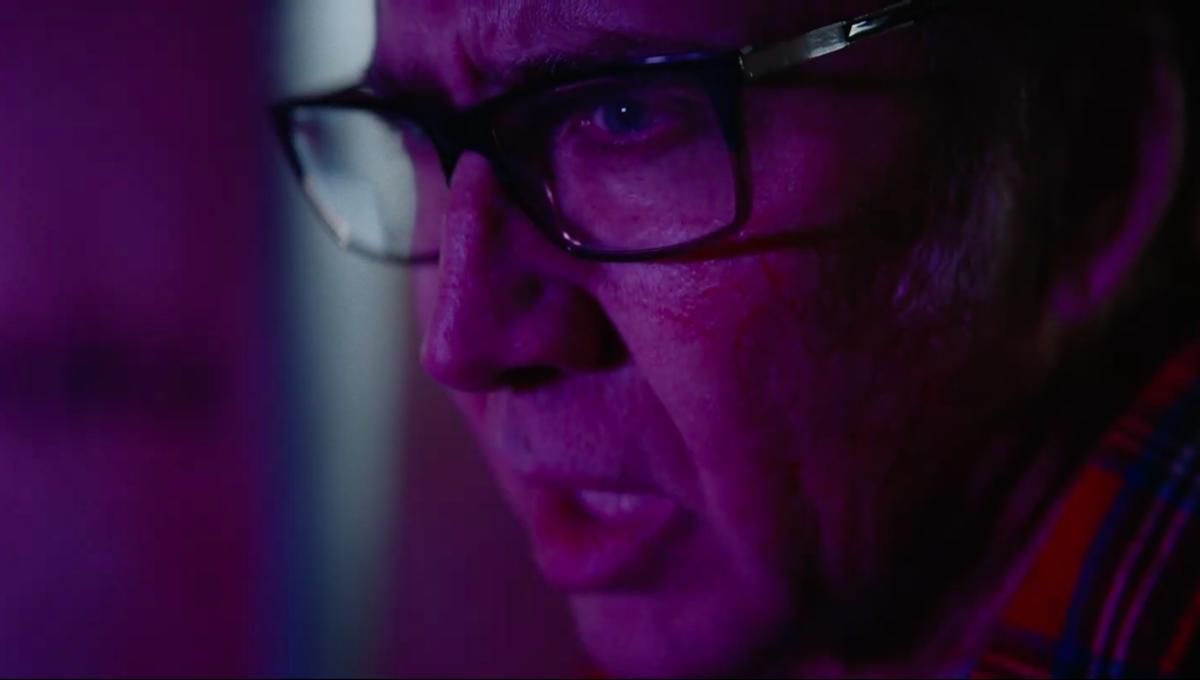 Last year we compiled a list of the best Lovecraftian films, a list not only containing adaptations but movies heavily inspired by the author’s style of horror. It was a short list of some pretty fun horror films, but for such a prolific horror author, one has been described as a pioneer of the horror genre and also cited as a huge influence of directors such as Guillermo Del Toro and John Carpenter, his material has felt weirdly neglected when it comes to the silver screen. Thankfully, Richard Stanley has been a massive fan of the author’s work and has been formulating a script for The Color out of Space for the best part of two decades. The reason I’ve been blowing smoke up Stanley’s arse for the last 3 paragraphs is due to the directors gritty, schlocky and unconventional style which lends itself to one of the best Lovecraft adaptations to date.

The Gardener family has recently moved to a rural farm owned by patriarch Nathan. Nathan is rather eccentric in his approach to farming, choosing to raise alpacas (the animal of the future he claims), much to the chagrin of his family who seem less than comfortable within their new setting. Their lives are forever changed by the sudden crash landing of a strange glowing meteorite on their land. Soon strange events begin to unfold as alien flora and fauna grows and each family member displays uncharacteristic changes.

Color out of Space is a film out of its time, an unapologetic 80s B movie shot in an LSD experimental art-house style. Stanley and cinematographer Steve Annis have crafted a wonderfully bizarre film seeped in a hypnotic quality filled with lush colours and gory practical effects which plays perfectly to the source materials cosmic/body horror. Stanley tinkers with the story to give it a more contemporary plot, but the heart of the story remains; but what is a welcome surprise is the abundance of humour on display. In recent interviews Stanley has gushed about the author’s work but made a fantastic point that the man himself was a bitter, xenophobic, nihilist. These traits he didn’t want spreading into his version of the story, so while the film definitely delves into horrific territory, the movie also remains pretty damn fun throughout.

Nicolas Cage gives a pretty unhinged performance which will be prove to be make or break for viewers. The Cage freakout has become almost expected with the actor, but when given a decent script and solid direction it highlights his talents and willingness to delve into the unconventional. Where the film falters is some pretty flat dialogue that could have done with a look over as it becomes jarring and at times cringe worthy.

In conclusion, Color out of Space definitely deserves the title of one of the best Lovecraftian adaptations to date despite leaning into a more campy style that might not click with more of the hardcore fans of the author. Cosmic horror is rarely explored despite it encompassing many horror elements such as the descent into madness, science-fiction, body horror, and apocalyptic scenarios, so it is refreshing to see a film so unapologetically paying homage to the genre. Stanley has mentioned he hopes that the success of the film can lead to further H. P. Lovecraft stories reaching the big screen and all I can say is that I’m fully onboard.