With no cinema release dates for the foreseeable, it leaves many of us dependent on streaming services and VOD for our film fix. Any hope of returning to consistent cinema release schedule in 2020 has evaporated, so it leaves us film enthusiasts in a limbo where we know what films we eagerly anticipate but are completely in the dark as to when we’ll see them. Thankfully, Relic, one such movie on my eagerly awaited list has seen international distribution across both streaming and VOD services, scoring another win for their legitimacy in these crazy times, a win that hopefully snowballs into studios exploring these services for smaller/independent films this year.

Another entry in the increasing list of slow burn horror films, Relic leans into heavy subject matter, tense atmosphere, striking visuals, and unearthly sound design/music to weave an unnerving and emotional story. I mention slow burn horror because the recent critical praise for the horror genre and its ‘reinvention’ relates to a spat of atmospheric horror films focused on tone and drama rather than thrills and gotcha moments. I’m a self-admitted fan of horror films that get under your skin and take their time getting to the big reveal or shocking third act, but I understand how horror fans might roll their eyes when this sub genre comes up due to it becoming the critical darling in recent years. Relic is an amalgamation of the strong points of this genre that shares a lot in common with recent horror classics such as Herediatary and The Babadook. 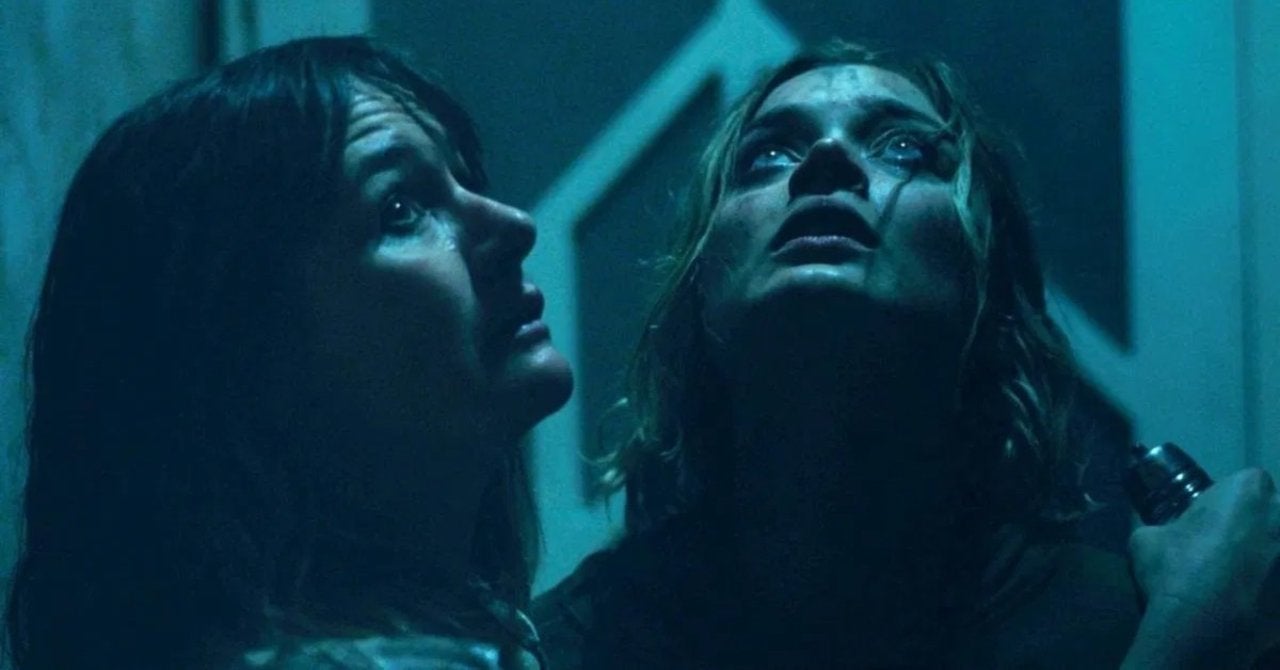 With the sudden disappearance of the elderly Edna, her daughter Kay and granddaughter Sam head down to Edna’s rural house in search of her. After notifying local police and helping with search parties, they find the house in decay and evidence of recent abandonment. The house is unkept and Post-it notes are spread throughout with simple reminders. With increasing concern for her mother, Kay is shocked with Edna’s sudden reappearance in the kitchen in a dazed Edna and dishelved state. Kay and Sam argue over which form of care Edna should receive as she fluctuates between moments of lucidity and sheer mental decay. The longer they stay though, the more strange occurrences appear and an increasingly strange presence lingers over the house.

Relic makes no bones about its theme, dementia. The entirety of the film is an allegory for the illness and uses the medium of horror to exemplify the toll it takes on the individual and those close to them. To call the film heavy handed would be an injustice, because Relic is not subtle in its presentation of dementia; Director Natalie Erika James examines the disease in all its unholy glory as daughter and granddaughter bear witness to the decline of someone they hold dear. Much of the horror on display is personal and tangible as we relate to these characters and mourn this tragic situation many people find themselves in.

Scars of the past is another powerful theme that plays throughout the film’s short runtime. Tragedy appears to be generational in this family’s history, which attaches itself to the house. The first two acts share short but intense moments of an unnatural entity in the household that juxtapose Edna’s decline. None of these moments relied on jumpscares but excellent camerawork. Some caught me off-guard, which I had to shake out of my system. A common visual motif throughout the film is mold and decay spreading in the house, it perfectly encompasses Edna’s belief that her home is becoming more and more unfamiliar. Relic is composed of many elements found across several other horror films, and yet I’d consider each of these films lesser in how they present these ideas. Very few horror films can delve into such a heavy theme and close out with such a satisfying conclusion. Relic goes against the norm by closing the curtains on one of the most emotionally impactful endings in the horror genre, by embracing a very human and personal conclusion.