Back in 2010, I was enamored by this strange flick I stumbled upon called ‘Beyond the Black Rainbow‘. It was like nothing I had ever seen, bursting with colour and vibrancy and the hypnotic beat of an ethereal synth soundtrack by the fantastic Sinoia Caves. It was my introduction to Panos Cosmatos, an Italian director who truly deserved the title of visionary. Despite my undying praise, ‘Beyond the Black Rainbow’ proved to be divisive among critics, with many seeing it as style over substance or an indulgent piece of pulp cinema. Due to the films alienating nature and obscurity, it took Panos almost 10 years to find the funding and resources to fund his next film.

In case you have been living under a rock, ‘Mandy’ is one of the most talked about films this year. Early reception for the film was full of praise, but critics stumbled to put together coherent sentences to describe what they had just seen. Words like insane, ludicrous, bat shit crazy featured strongly, but most interesting was the universal appreciation for Nicolas Cage’s performance after years of being the laughingstock among critical circles. Then the trailer dropped and the incoherence we had all heard so much about took form. The trailer was manic, visceral, hilarious and dripping in that aesthetic I so fondly remembered from ‘Beyond the Black Rainbow’. Suddenly, Mandy topped my must-see list for 2018. 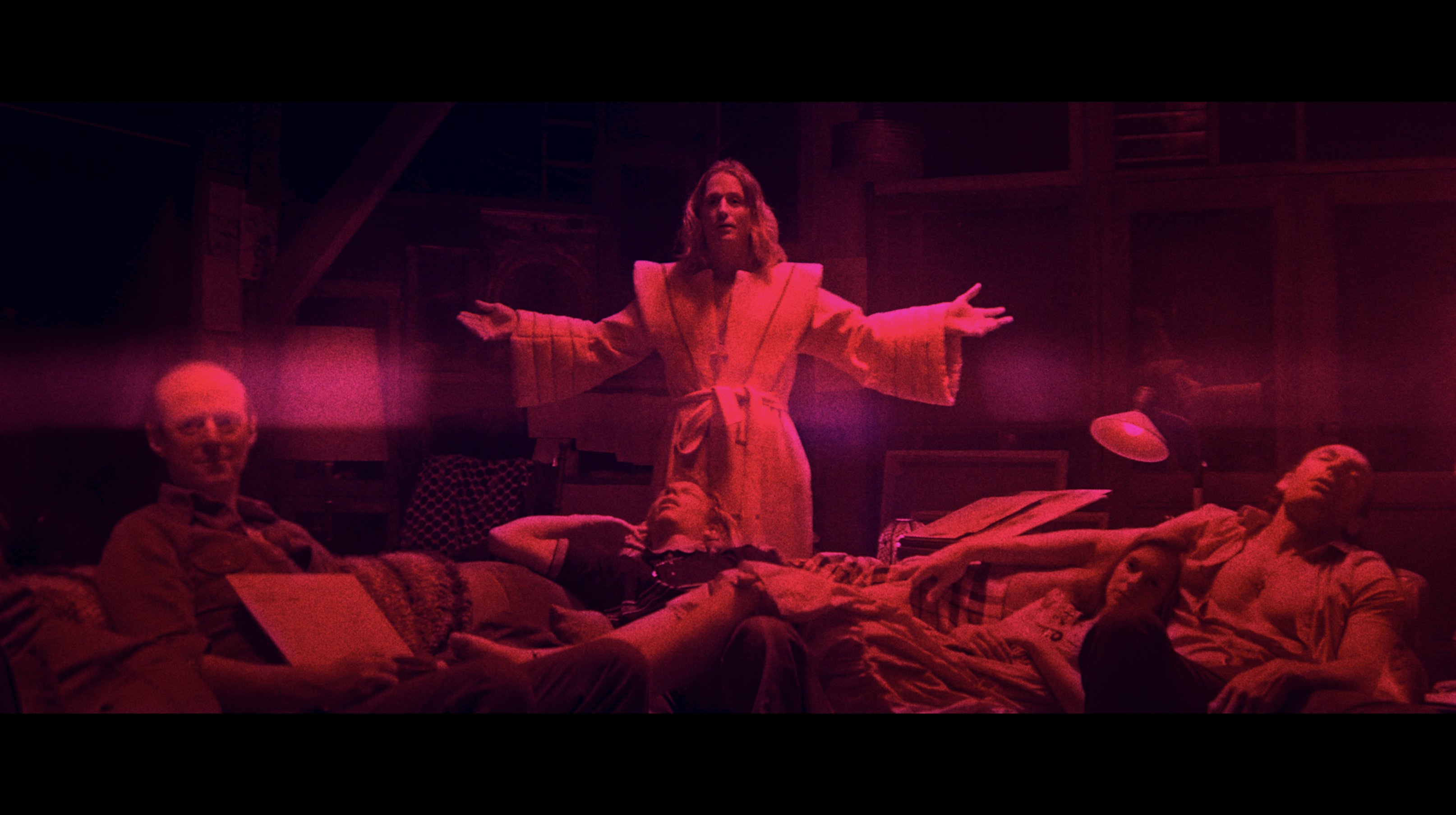 It’s 1983 and Red Miller lives a reclusive but loving life with his artist girlfriend, Mandy, in The Shadow Mountains. Their lives together is peaceful and romantic as both appear to have suffered in their past lives. Their paradise is suddenly and violently interrupted by the introduction of sadistic cult leader Jerimiah Sand, who takes a liking to Mandy. Red is left on the brink of death but perseveres through sheer bloodlust and a thirst for revenge as he seeks to even the score with the cult leader and his followers.

Before I get into the blood and carnage or Nic Cage’s ballistic performance, I have to sing the praises of the films technical aspects. Cosmatos turns a pulpy exploitation film into a canvass rich in colours, trippy visuals and heavy metal inspired animations. The sheer variety in lighting and camerawork makes ‘Mandy’ the most visually impressive film I’ve seen in a long time. It looks like the cover of an 80’s metal band. There’s a mind-boggling shot where two characters faces slowly morph into each other that left me rubbing my eyes in disbelief. 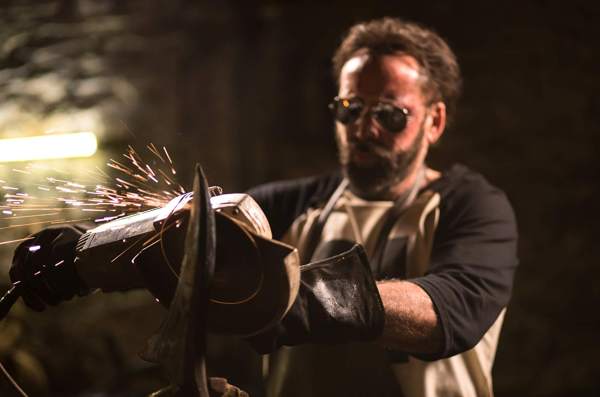 While the soundtrack is superb and one of the best of the year, it’s also bittersweet. The composer behind the score was the renowned Jóhann Jóhannsson who tragically passed away earlier this year. The Icelandic composer leaves behind an impressive body of work, especially for the films he collaborated with director Denis Villeneuve. The score utilizes a synth prog rock sound which elevates the intensity to match the madness on screen but also simpers for the more emotional and tragic moments.

If you’ve heard about ‘Mandy’ then you’ve heard about Cage. What can I say that hasn’t been said already! Yes, it’s his best performance in years! Yes, it’s his most chaotic performance to date! And yes, I hope it lands him more roles in the future because he’s squandered on these direct to DVD movies. Honestly, it’s an explosive performance that he throws himself into with high intensity but also emotional vulnerability. I truly hope awards season doesn’t forget about him.

‘Mandy’ is a whirlwind of chaos, beauty, and violence that only Panos Cosmatos could string together. It’s a technical marvel in many ways, full using light and sound with an ensemble cast giving it their every fiber. The film will have you tackling whether to fist bump the air or writhe in horror. There were moments when I didn’t know if I should have burst into laughter or tears. The final shot of the film is the most cathartic scene of the year and has been burned into my memory since the credits rolled.