If Quentin is to be taken at his word, and that’s a big IF considering the directors staple of non-linear storytelling, Then Once Upon a Time In Hollywood is his penultimate film. Tarantino has spent the last few years discussing how, film number 10, shall be his swan song and he can then drive off into the sunset to pursue other endeavours, but is it all just smoke and mirrors? Will an R rated Star Trek really be the final notch on an illustrious career? Hard to tell considering the director has shown little cracks in his insanely consistent quality of filmmaking although Once Upon a Time feels like both an ode to the industry he so adores and a slight jab at it.

Set in the sunny hills of Hollywood 1969, aging TV actor Rick Dalton finds himself desperately in the twilight of his career. Faced with becoming the punching bag of rising actors to springboard their careers, the emotional and hard drinking Dalton finds solace in the company of his closest friend, stunt double Cliff Booth. Elsewhere, rising star Sharon Tate is living the good life attending parties and enjoying the free-living lifestyle of the era. While each is at their own respective place in their careers, a mysterious ‘family’ hangs on the edges of town with sinister purposes. 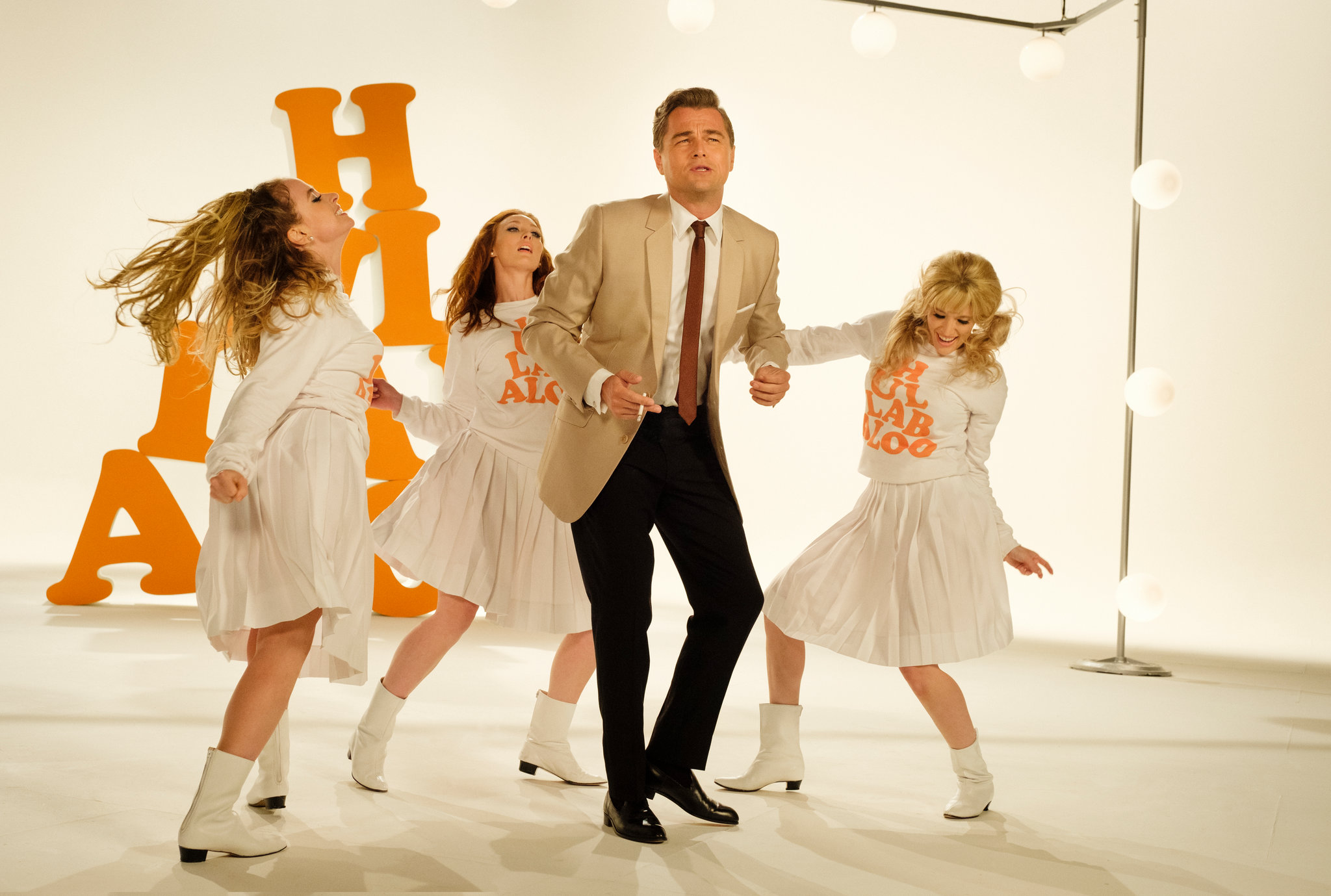 While Tarantino is no stranger to breaking the rules of film narrative, this is his most meandering film to date. There’s a serious lack of urgency for the majority of the film’s runtime and no real sense of where the conclusion lies. Mostly we are just passengers in the daily lives of these characters, and while how amusing and trivial that may be, the indulgent runtime shows just how confident Tarantino is in listening to his own voice. Despite this apparent overconfidence, Once Upon a Time keeps you engaged throughout with the sheer likability of its characters and retelling of the infamous time period in Hollywood’s history.

What praise can be awarded to DiCaprio that hasn’t already been stated. The actor is in a class of his own and has only broadened his horizons with his collaborations with Tarantino. DiCaprio wonderfully plays the unstable Dalton who’s almost functioning alcoholism has him in a heightened state of emotions. While it plays his insecurities and fears of irrelevance as an actor for laughs, there is a vulnerability and tenderness in Dalton that make him an easy character to root for. The two other leads, Pitt and Robbie, are just as deserving of praise with Robbie giving Tate a whimsical elegance and Pitt delivering the most intense laid back stunt double ever to grace the screen. 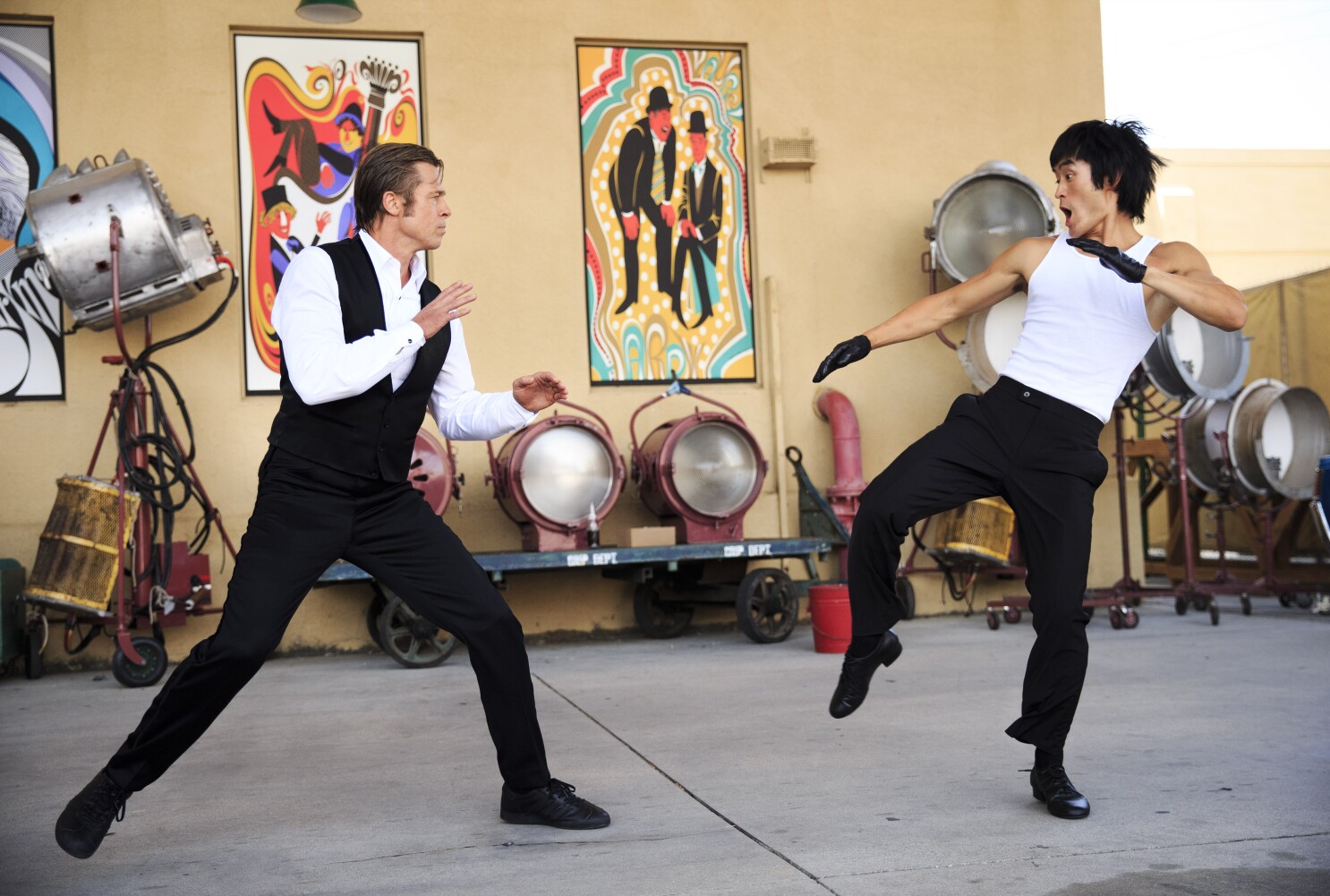 There’s a vibrancy and colour on screen not seen in a Tarantino film to date. It captures the directors’ awe at that time period in the film industry. The attention to detail is fantastic and the use of real sets and props really helps recapture that time in history. Real-life characters are sprinkled throughout the story, film scenes amusingly recreated, and plenty of easter eggs that demand further viewings of the film.

It always feels too premature to declare if any Tarantino film is his finest but Once Upon a Time in Hollywood can surely be called his heartiest and most touching film to date. There’s still enough of pitch black humour and plenty of shock value to remind you who’s sitting in the director’s chair but it’s mostly eclipsed by the rich storytelling and stellar production value on display.