It’s no secret that my taste in film has always leaned more towards the genre films. Schlock is a powerful drug to me when done right especially when recreating those 80’s B movies. When Overlord was first announced it certainly caught my attention. It was being billed as the fourth Cloverfield film just before Cloverfield Paradox was released. Unfortunately, Cloverfield Paradox was released and any excitement for the series faded. However, in a confusing turn of events, producer J.J. Abrams announced it would not be tied to the Cloverfield series and was instead its own beast.

Set during the Eve of D Day a group of paratroopers are tasked with going behind enemy lines and destroying a radio tower in a French Village. The transport plane is shot down and only a few survivors are able to regroup. Still adamant to complete their mission they make their way towards the village where a series of odd occurrences unsettles the men. They are hidden away by a local French girl out of the sights of a ruthless Nazi commander. They soon learn the location of their target in an old church but what lies beneath is true horror. 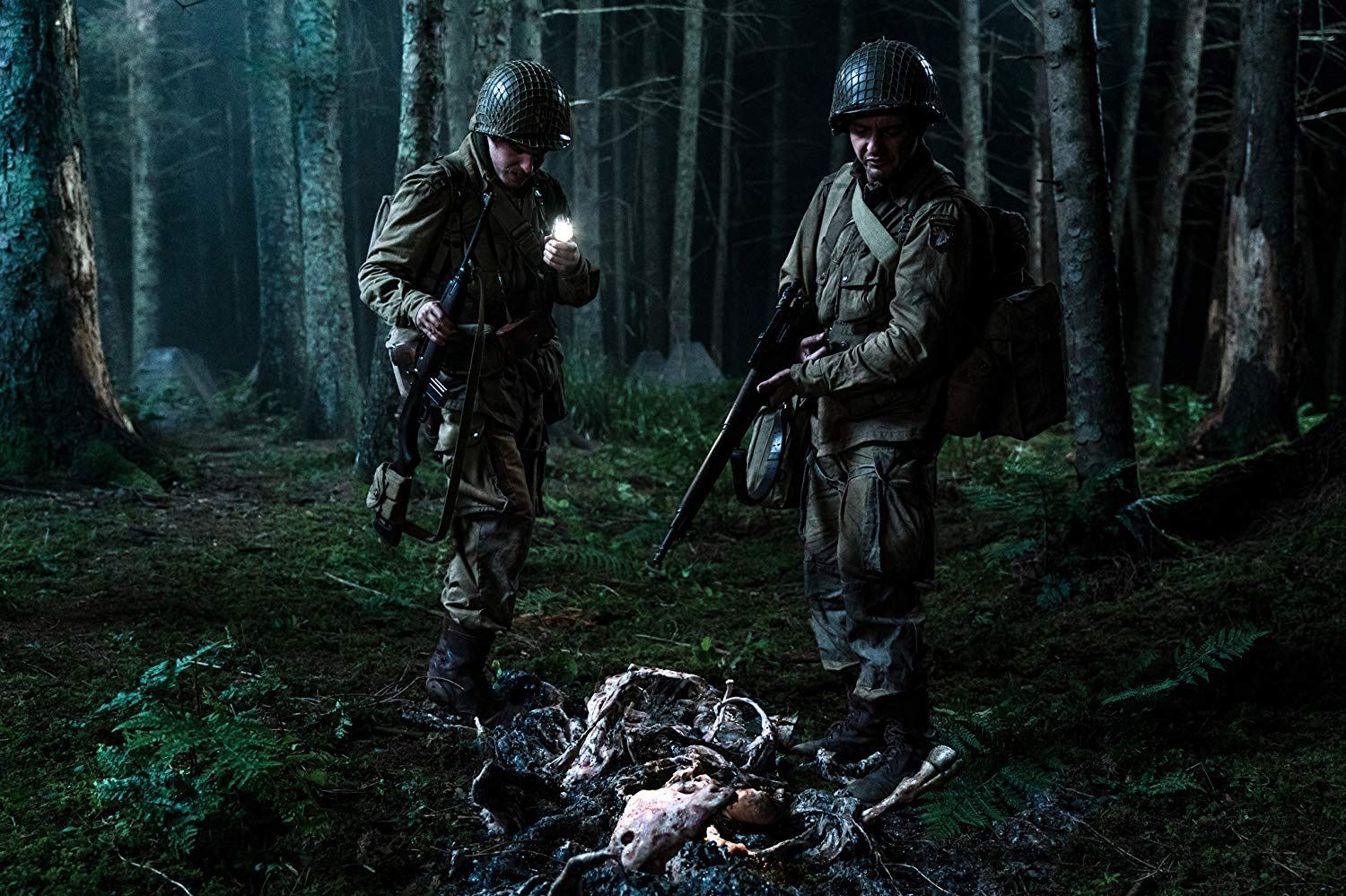 Overlord is one of the most pleasant surprises of the year. It’s pure B movie carnage set in the vein of Wolfenstein or Call of Duty’s Nazi Zombies. What sets it apart from the countless other zombie films is the film’s commitment to playing it straight, this is as much a war film as it is a horror film and the transition between the two genres is handled perfectly. The film opens with perhaps the most exciting and visceral opening scene of the year as soldiers are shredded and burned alive in the plane attack igniting feelings of claustrophobia and nausea as our leading man falls from the plane to a lake in a breathtaking one-shot scene.

While I’m not too familiar with the cast outside of Wyatt Russell and Pilou Asbæk, they are solid and play off one another well despite some early concerns that they were our typical ragtag soldier stereotypes. Leading man Jovan Adepo breaks the mold as a leading man with a sense of morals despite the horrors of war around him (typically these characters don’t last long). Wyatt Russell steals the show by channeling his father’s grit and menace into an antihero of sorts unafraid to get his hand dirty to get the job done but also able to comfort his men.

The real horror elements of the film don’t come until about the middle act but it’s worth the wait as it’s a perfect blend of body horror and gore. There are some genuinely shocking imagery and moments of almost unbearable chaos. Its visceral nature is helped by characters we care for and some strong emotional connection between them. The exact nature of the Nazi’s plans are never thoroughly explained but the idea that they are no good is enough to suspend belief.

With plenty of blood and twisted limbs to keep horror fans happy, Overlord is yet another excellent horror film in a year where the genre is thriving. It packs a punch and is sure to have you wincing as bodies contort and Nazi’s are blown away. Whoever decided to cut this film’s ties to the Cloverfield universe deserves a raise.