The first Fantastic Beasts did well to establish itself as a spin-off in the Wizarding World giving us a whole new time period, setting and all new set of characters. In this sense, it stood apart from the Potter series but gave us an all new insight into this world. It also found a fine line between the more whimsical moments of the early Potter films and the darker tone of the later films. It was well received and felt fresh for a lot of fans of Rowling’s work, but the announcement that it would span into a five-film series was met with apprehension. How much material did this series have before it felt stretched thin? How soon would it drop its magical beast wrangling concept? In short, it took only one sequel. 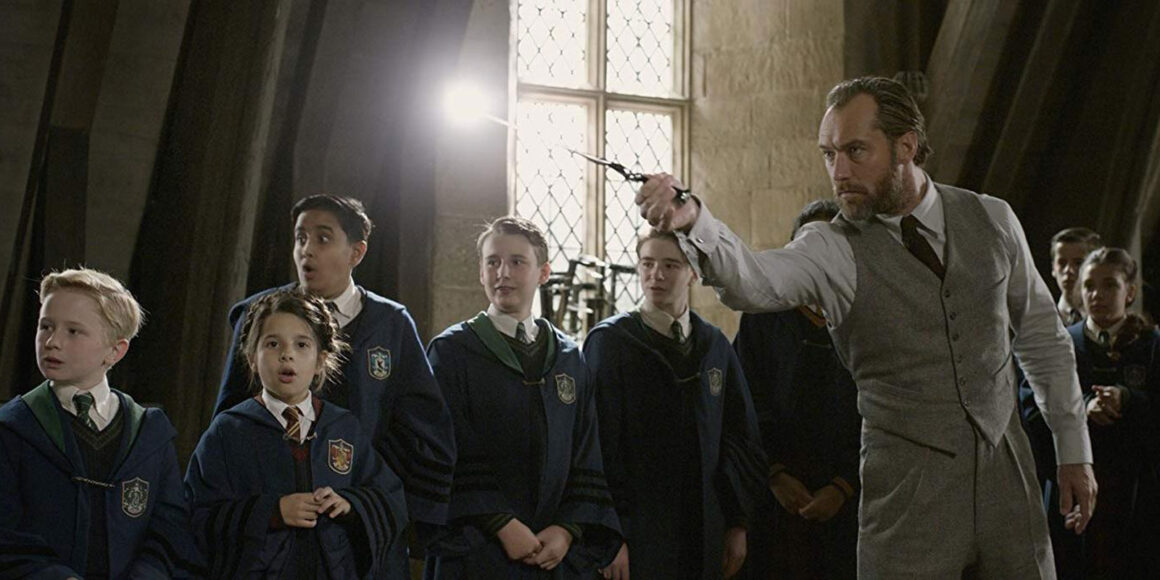 While being transported to Europe to pay for his crimes, Grindelwald engineers a dastardly escape from the hands of MACUSA. Three months later Newt Scamander is seeking to appeal for the restoration of a travel pass which was revoked after the events of the first film. The Ministry of Magic offers him the pass in exchange for working for them and investigating the sudden reappearance of Creedence Barebone in Paris. Newt refuses, preferring not to pick a side but is also secretly asked to investigate privately by his old teacher, Albus Dumbledore. After a surprise visit by his old friends Jacob and Queenie, circumstances find Newt traveling with Jacob to Paris where everyone is on a mission to find Creedence.

Considering the film is written by the author of the series, J.K. Rowling, it’s pretty disappointing just how manic and jumbled the writing is throughout. There are so many threads in the story but each so thin that when it tries to come together it’s too easy to unravel. While Rowling did a commendable job of the first film’s script her inexperience in actual script writing really shows. Perhaps it was ego, perhaps it was studios desperation to throw her name all over the film but there’s a marked change in this sequel that seems less interested in telling its own story but instead trying to tie it to the Potter series. It’s disappointing to see the series already move away from a spin-off story to a direct prequel full of fan pandering and nonsensical easter eggs.

Crimes of Grindelwald has a lot of moving parts and in turn a lot of new faces as well as the return of familiar ones. While it’s great seeing the original cast back in action there’s very little time spent developing or giving them anything of note to do, their part in the story feels forced and many could be removed with very little impact. Jude Law brings some gravity to the universally loved Dumbledore but he is grounded for most the movie (although this is explained). For all the controversy and fist wrangling across social media aimed at Johnny Depp’s casting, he ends up being one of the best aspects of the film. His Grindelwald is menacing but elegant, sharp but with a smooth tongue and most importantly feels very different from Voldemort.

It’s hard to call Crimes of Grindelwald a complete car crash as it’s well acted and composed of plenty of solid sequences when viewed in their own right. The CGI and depiction of magic and monsters are as creative as ever. Unfortunately Rowling’s hubris gets the better of her as she sets out to undo the original Fantastic Beasts in a vain attempt to connect this already bloated series to her universally loved books.