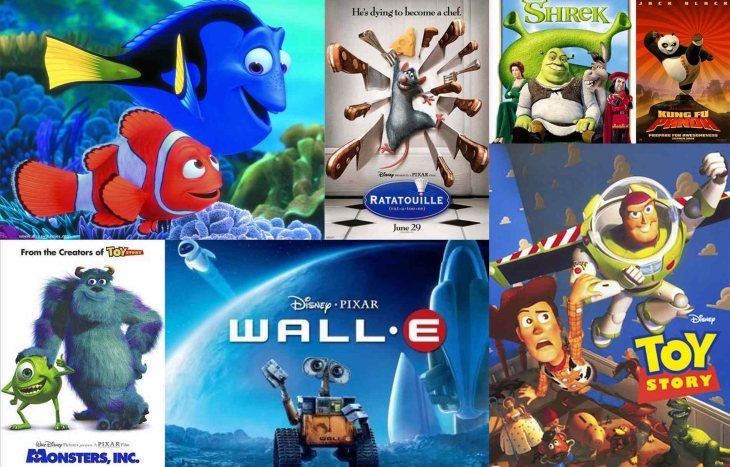 Actors have a tough job, embodying and conveying a character, I can only imagine it is harder when they cannot use their own face or body, and that character is not necessarily human. This is the challenge that voice actors face for animation, and one a lot of people rise remarkably well. Here is a list (disclaimer: based solely on personal opinion) of the top 5 performances by voice actors in animation.

As I was researching this article, I was thinking of all the character voices that are truly stand out to me. Baloo and Thomas O’Malley crossed my mind on separate occasions, only for me to find out they are both voiced by the same person! The odd thing is, Phil Harris doesn’t change voice for the different characters, it is exactly the same voice, and once you are aware of it, you wonder how you ever missed it (unless it’s just me that never knew that, in which case, never mind). These two characters are uber smooth, suave yet fun characters, something Harris really embodies in his portrayal.

4: Eddie Murphy as Mushu and Donkey 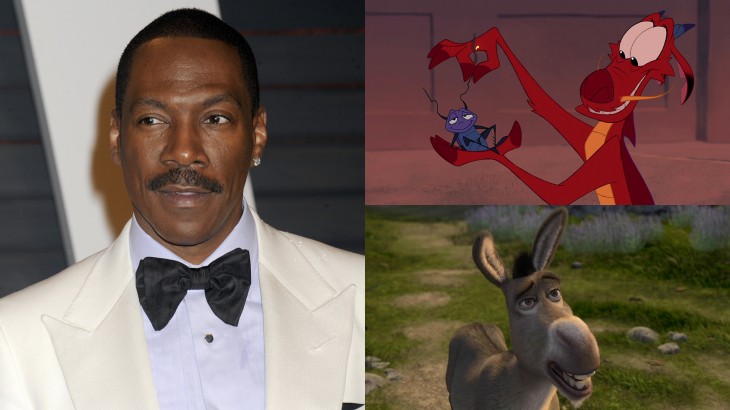 Eddie Murphy has been commonplace in comedy for as long as I can remember, he was the man at the center of many films as I was growing up, his charisma and wackiness remains almost unrivaled. This is what he brings to not one, but two very memorable sidekicks: Mushu in Mulan and Donkey in Shrek.

Mulan is generally quite underrated, and underwatched, but I assure you if you were to sit down right now and watch it, it is Murphy’s performance that would stand out to you. As for Donkey, he is the perfect comedic sidekick in the ever-entertaining Shrek. His expressive voice really makes him perfect for voicing animation, he is bizarre and yet sincere, providing the perfect range for these beloved characters.

Yeah Jesse Eisenberg, remember that guy? The one from the social network. Well, in the middle of his long list of successful live-action movies, he voiced the main character in Blue Sky’s Rio. Rio is a blue macaw (bird) who has grown up as a pet bird and suddenly finds himself in the wild. As you can imagine the somewhat awkwardness of Eisenberg’s voice lends itself perfectly to such a character. Delivering dry humour incredibly well and acting out of his depth very effectively, Eisenberg really does have a talent for voicing animation. 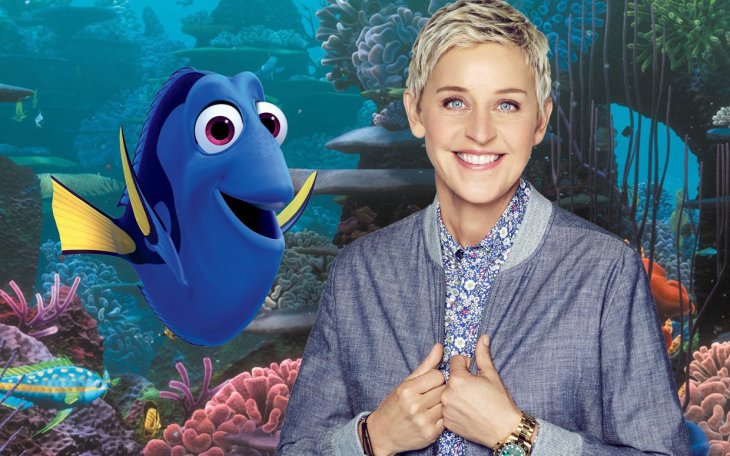 Probably the most famously proud of her voice over work Ellen Degeneres serves as a wonderful Dory in both Finding Nemo and Finding Dory. The forgetful fish lies at the center of each film and, in a lot of ways, keeps them entertaining. While Finding Nemo is one of my favourite films, I’ll also be the first to admit the characters of Marvin and Nemo are not exactly the most interesting. It is Dory that injects the spirit and life into these films, and in doing so creates the perfect team of central characters. A truly wonderful performance, by a truly wonderful woman.

Let’s be honest here, could it really have been anyone else? William’s performance in this movie was outstanding, truly one of his best, and potentially underappreciated, roles. So good in fact, it caused the Academy some bother that year. The film was shortlisted to be nominated for best original screenplay, but after investigation, they found Williams had actually improvised a large portion of the genie’s parts, and so, the script could not qualify. A debate also occurred regarding whether or not they could nominate Williams for best-supporting actor. The powers that be deemed it inappropriate to have an actor who never actually appeared on screen nominated, which seems fair, but how amazing for him to have raised that conversation!

The genie is one of the most creative of characters in Disney’s arsenal. He is witty for both children and adults alike. He is full of life and exuberance. Sassy, sincere and sweet, he is truly everything, his character is constantly adapting and reacting to the situations he finds himself. It is Williams’ performance that truly illuminates this character, and makes him the unforgettable one he is. Aladdin was made in Disney’s renaissance era and is typical of the brilliantly written scripts and music, but it is Williams that brings these songs to life: Prince Ali and Friend Like Me are not sung particularly well, but they are performed perfectly.

A few honorable mentions now (because this list was almost impossible to shorten down), those whose performances were something special: