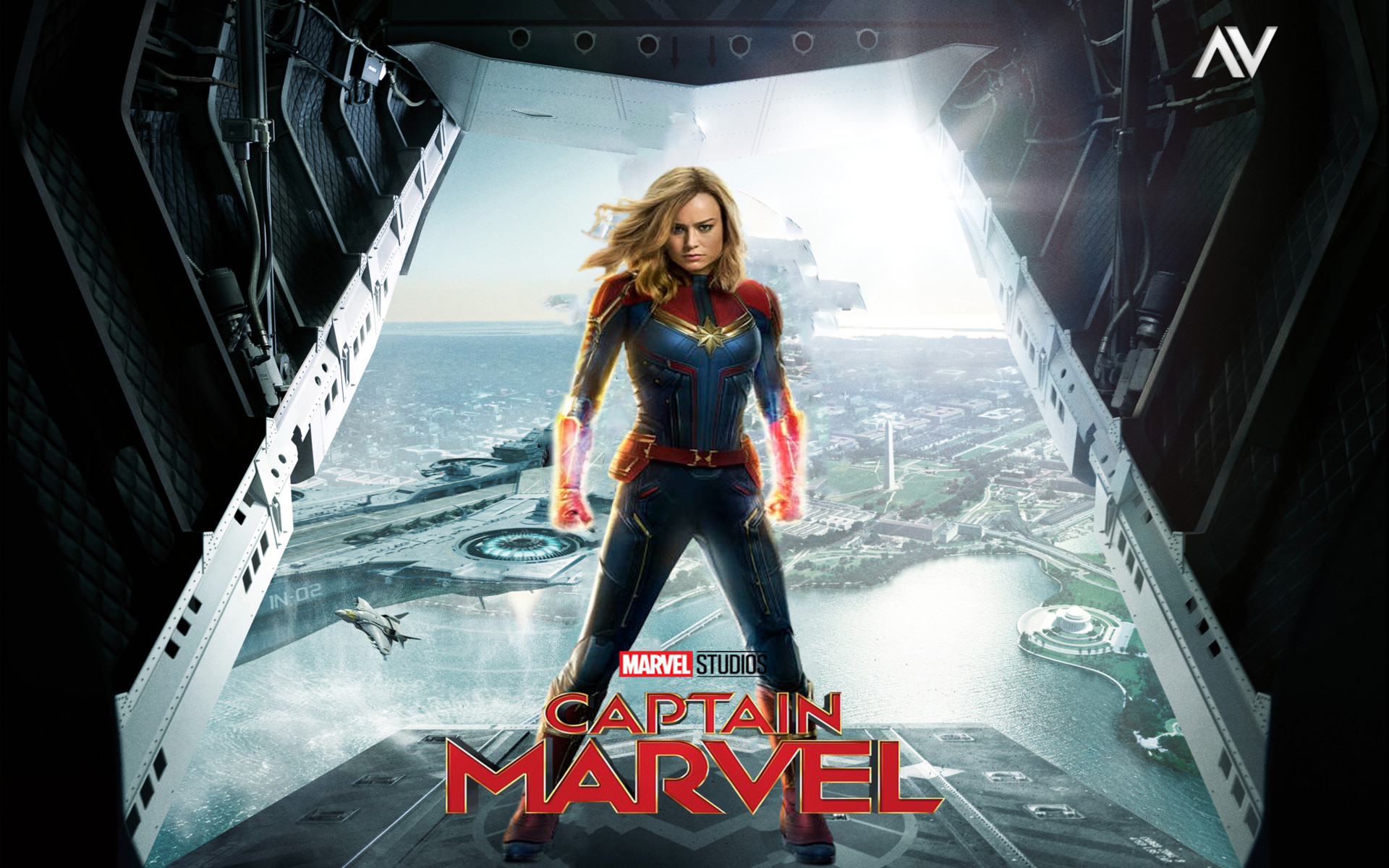 With the massive success of DC’s Wonder Woman, the MCU has followed suit with its first female lead outing with Brie Larson taking charge as Captain Marvel aka Carol Danvers. Being that Avengers: Endgame is right around the corner, Marvel is on a mission to tie up any loose ends and introduce the new character before the release of the fourth team up super showdown. Although before we can see our favourite characters (well what’s remaining of them) strike back at Thanos, Marvel first has to establish it’s new leading lady which set up the difficult task of creating a new Phase 1 movie right in the center of Phase 4. Captain Marvel acknowledges early on that this is taking the fun route, the fun itself is created using very old MCU techniques.

Leading up to the film I’ve seen others comment and praise the film’s visual effects, however, in my experience this wasn’t the case. Disney is usually spot on with the CGI and effects but for Captain Marvel, they seemed to be sloppy and off-putting especially in third act final battle. Maybe they used all their budget de-aging the cast or it could have been the cinema which I was in. Where the special effects do shine the brightest is Captain Marvel’s way of powering up like she’s a Super Saiyan or most impressive is the unnoticeable way of making a younger Nick Fury (Samuel L Jackson). I was completely convinced that is was a young Samuel L Jackson who just walked off the set of Pulp Fiction. In recent years the jump in quality of how they do this is both scary and amazing.

In the performance department, there wasn’t a particular performance that you could heavily criticize. Brie Larson, who is a talented actress, is having a blast. Just from her performance, you can tell that she is eager to fill this role and in scenes with Nick Fury, Captain Marvel becomes this amalgamation of superhero and buddy film, which is a refreshing perspective from other MCU films. Samuel L Jackson needs nothing said about his role as Nick Fury, he just owns it. A big surprise is a performance from Ben Mendelsohn as the shapeshifting Skrull, Talos, especially later on in the film when his character becomes more integral to the story.

The 90’s nostalgia is in an abundance here and it doesn’t shy away from it. Normally I’m quite critical when a film uses nostalgic references, I find it a cheap way of connecting with the audience and most of the time, these focused reveals have no narrative value to them. However, I’ll admit that at least we’ve moved on from the tidal wave of 80’s nostalgia and the film does work the 90’s nostalgia into its comedy. There’s a great scene in which the characters need to listen to an audio file from an integral plot point of the film, but the computer is taking forever to load. Now, this is a great use of 90’s nostalgia, addressing and poking fun at a common occurrence in said era, whilst also solving one of the mysteries of the narrative.

Creatively the film feels uninspiring. There’s no push to creating something memorable in the long run which is a real shame. The action scenes whilst visually okay, they’re not going to be remembered alongside some of the true spectacles this universe has produced. The Kree-Skrull War is a big part of the narrative but is introduced to us as though we’re supposed to have seen this before. It may have been briefly mentioned before in the MCU but the key word there is briefly, the context offered to this war is wafer thin and felt very underwhelming due to lack of buildup, it rushed into it hoping that fans will have read the comics or online articles beforehand.

When you look back at the past 11 years of MCU films, especially the directors, you can see a lot of nurtured talent. Each director brings their own presentation and style of filmmaking to benefit their respective characters. Ryan Coogler brought some urban flair and attitude to Black Panther, James Gunn did comedic wonders with Guardians of the Galaxy & Taika Watiti revitalized Thor: Ragnarök with great vibrancy and offbeat humour. But I find there is a struggle of who really gets the reigns; the director or the studio? Unfortunately this time I don’t think directors Anna Boden & Ryan Fleck were expressing their filmmaking skills as much as they could have done, with this being another example of unfortunate indie directors on the leash of a studio.

I’m trying to avoid the recent controversy surrounding this film because regardless of whether I initially like or dislike the film for whatever reasons, I always walk into a cinema theatre rooting for the film to be good. Honesty is a precious thing and in my honest opinion, I think people are going to be entertained by Captain Marvel. You have all round decent performances & you also get a young Samuel L Jackson. It’s just lacking in creativeness with little to make it stand out from the rest of the MCU. Overall it’s a fine superhero movie which is worth a watch especially if you like good character banter, like myself!