In recent years the independent entertainment company A24 has become synonymous with high praised, low-budget independent films. If A24 has attached their name to an upcoming film, it’s almost like a quality mark because of the companies track record of distributing critically acclaimed movies and a degree of hype will be found among critic circles and film boards. It was to my delight that A24 lent their name to the Irish horror film The Hole in the Ground which certainly put it on the radar for a more international audience (evident by the reaction on r/movies and other film boards).

Dublin mother Sarah and her young son Chris have recently moved to the Wicklow countryside in an old-fashioned house at the edge of a forest. Judging by scars she keeps hidden, Sarah has escaped an abusive relationship and is building a life for her and her son. After strange encounters with one of her neighbors and discovering a mysterious sinkhole in the forest, Sarah begins to see changes in Chris and questions whether he is truly her son. 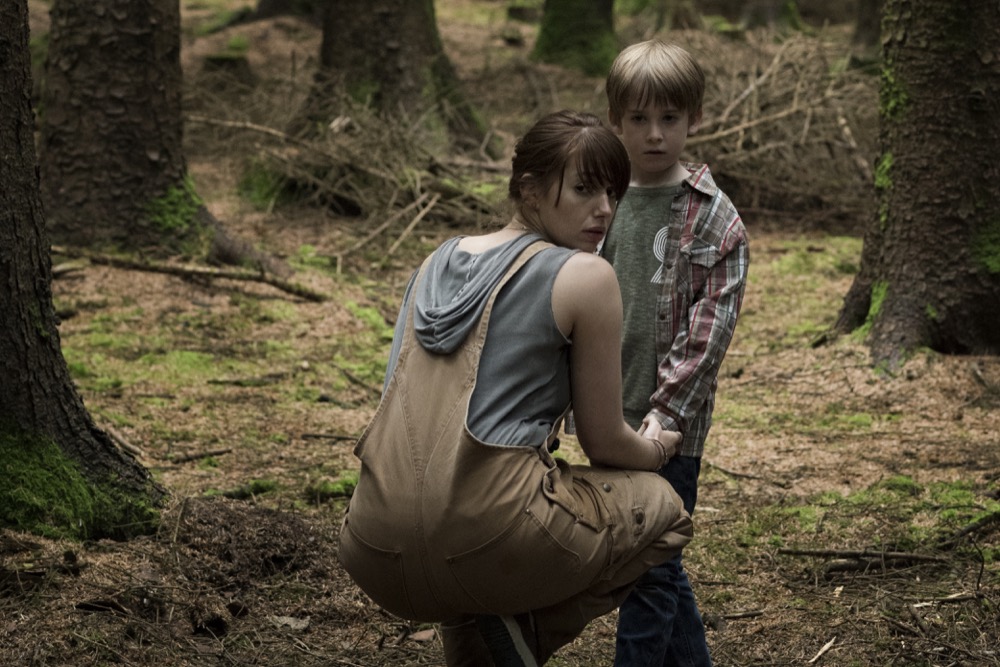 Perhaps my favourite aspect of The Hole in the Ground is the integration of Irish folklore. It was a familiar myth I recognized but there was no exposition dump or village loon to give away the mystery, which a lesser director would have used James Cosmo’s character for, instead we get a spiral of events with no clear symptom or cause through the eyes of Sarah. The horror in the film cleverly uses numerous elements of said folklore, the familiar becoming the unknown and paranoia in what becomes a series of strange events. It’s a terrifying thought there may be an imposter living under your roof.

Seána Kerslake is wonderful as the vulnerable Sarah who finds her already difficult life ripped apart when she cannot recognize the one person she loves. It’s an unraveling performance where against all her motherly instincts she can’t help but question whether there’s an imposter under her roof and in an interesting turn it’s her motherly instincts that begin to unthread the mystery. Cosmo’s brings a veteran but restrained performance and young actor James Quinn Markey has a creepy aura about him that drives the tension home.

When it comes to Irish horror movies, it’s a pretty thin genre for choice so when a horror film this strong comes along it’s sure to inspire more exploration of the genre on this small island. Lee Cronin weaves an atmospheric and unnerving tale that is sure to be the nightmares of any young parents. It’s a deliberately slow-paced descent into madness with virtually no moments of levity while its true terror lies in the contortion of what’s familiar to us.