Logan Lucky was always going to capture my interest with its similarities to last year’s masterpiece, Hell or High Water. Both share a similar Southern American setting with its hospitality and lack of, and a pair of brothers out to change their misfortunes, albeit the latter is a far bleaker and macabre affair. Returning from a short lived semi-retirement, Steven Soderbergh is back to the genre that shot him into the limelight.

Jimmy Logan is let go from his construction job due to an injury he didn’t disclose, the same injury that ruined his football career. After getting a grilling from his ex-wife, Jimmy drowns his sorrows in the local bar tended by his one armed brother, Clyde, who lost his arm in the Iraq war, whilst rolling his eyes as his brother spouts on about the Logan curse which robbed them of an arm and a leg. Fatigued from his misfortune, Jimmy hatches a plan to rob the vault at the NASCAR stadium he was formerly working on. Enlisting the aid of unhinged safecracker Joe Bang and his simple brothers, The Logan family set out to bust the family curse.

Whilst Logan Lucky does not reinvent the wheel as far as heist films go, it brings a degree of charm, humour and facetiousness not seen too often in today’s summer movies. This motley crew of characters are far from professionals, relying on grit, spit, and wits to get the job done. It’s a far cry from the smugness and shit-eating grins in Oceans 11 as high tech gadgets are replaced with duct tape and a prayer.

The southern setting of North Carolina is so joyously bizarre and comfortable in its own skin with characters casually parading around in their bright coloured camouflage pants at the local fair. The film certainly presents this southern state and its folk in a humorous light, but it feels like the jokes shared with them and not looking down on them. 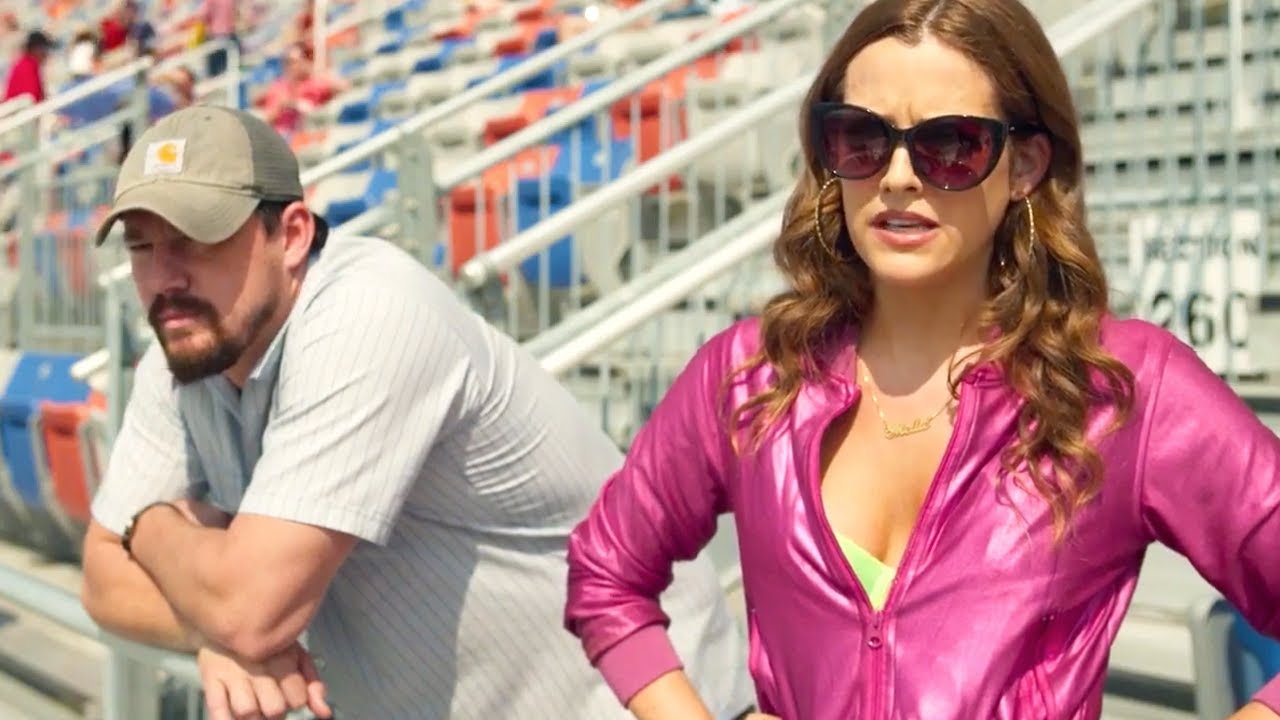 The comedy is superb, with an approach I have not seen for a long time. It allows jokes to breathe here without characters spouting quick-fire dialogue or some gross-out sight gag. Instead, Logan Lucky has a droll sense of humour with a deadpan punchline reminiscent of Harold Ramis’s films and their laid back delivery.

This is good natured filmmaking at its finest. There’s a distinct lack of urgency or obstacles, no countdown to be seen or overzealous antagonist to spoil proceedings. There’s a brilliant scene in the film where explosive wiz, Joe Bang, crafts an impromptu explosive out of gummy bears, bleach and substitute salt. Both the brothers stand there and protest in disbelief at how such a concoction could produce a bomb. We then cut to Joe Bang giving a chemistry lesson mid heist to explain the exact science behind his gummy bear bomb.

Logan Lucky has been another gem released this summer and another great entry to Soderbergh’s illustrious career. Full of zany characters played by an A+ cast (it’s a pleasure watching Daniel Craig finally play an eccentric, uncomposed character) and a backwater setting, Logan Lucky has been one of the many films to far exceed expectations this year.