If I’m being honest, I could have just reviewed John Carpenter films for this year’s horror season. Not only is he the best horror director ever, he’s also one of my favourite directors personally. While I’ve said that horror films were never my cup of tea (well anything outside of the 80s), Carpenter and Wes Craven have always been exceptions. Narrowing down which Carpenter film to review was no easy task, but I had to pick my favourite film of his, The Thing.

When released in 1982, critics slated The Thing. The film was called moronic and repulsive, and while everyone is entitled to their own opinion, how wrong they were. Many believe the icy reception The Thing received was due to it being released so shortly after the feel good, family classic, E.T. While both films share the same genre (science fiction) and both have an extraterrestrial, the similarities end there. It took nearly ten years for The Thing to receive the recognition it deserved and it now stands as one of the scariest and most respected horror movie’s ever made. 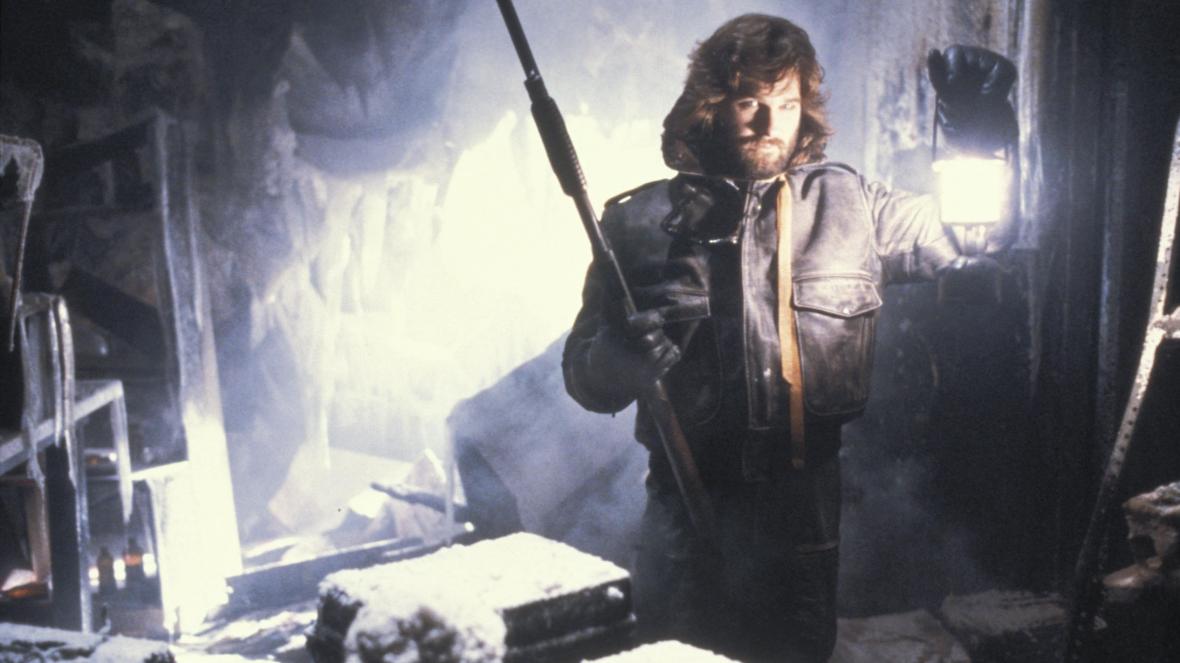 After the release of Ridley Scott’s Alien (1979), sci-fi and horror films borrowed heavily from its template of a crew finding themselves isolated and at the mercy of some monstrous foe. It’s a great template and we still see it in use today. However, Carpenter’s spin on this template is leagues ahead of all others. The plot follows an expedition crew in an Antarctic research facility who find themselves fighting for their lives after an unassuming intruder is invited into the facility.

The titular monster is both repulsive and horrifying, the practical effects still hold up today and are just as stomach churning as ever. The monsters ability to assimilate living organisms makes it one of the most terrifying and unpredictable movie monsters to ever grace the silver screen. Carpenter doesn’t just have us asking where could the monster be but also who could the monster be.

Carpenter expertly builds both paranoia and suspense through the film’s location and setting. Due to the unforgiving Antarctic conditions, simply abandoning the facility is not an option. Instead, the crew must remain and flush out the creature themselves in their cramped, claustrophobic research facility. The cast superbly displays the distrust and paranoia anyone would feel in this setting, quickly pointing fingers and losing control of the situation. Kurt Russell is at his career best as anti-hero, Macready, the gruff, hard-drinking helicopter pilot turned alien puncher.

Amidst all the paranoia, gore and tentacles is a minimalist yet unforgettable soundtrack by the legendary composer Ennio Morricone. The last few years has certainly seen a major resurgence in the synthesizer in film scores, it still has nothing on the 80s especially with a genius like Morricone behind it. Recently, The Hateful Eight directed by Tarantino had three unreleased tracks from The Thing’s soundtrack.

My adoration for this film is endless, it’s the perfect blend of science fiction, horror, and mystery. It’s the small details which Carpenter utilizes which sell the film like the crews physical discomfort with the freezing conditions of the Antarctic and the casual drinking to pass the time. The nihilistic tone matched with the gut-wrenching visuals solidifies The Thing as one of the best horror films ever made.

Also, you may have heard of a prequel to the film which was released in 2011. Save yourself the disappointment and just watch this film again.