SPOILERS BELOW: Of course there are spoilers below… this is a drunken discussion of the film… with myself.

Sometimes when I can’t make it to the gym I’ll throw on a Rocky film and just watch it standing up. So naturally, after the sea of food, carbs, Guinness and Tinder that washed over me after the Christmas period I needed a good workout. I watched Creed.

At the heart of this movie, not just the plot, but the movie itself is a legacy story. The whole plot anchors around Apollo Creed’s forgotten and bastardised son, who when we first meet him is some sort of heavyweight, juvenile, feral, state care child; knocking out other kids like his Daddy never taught him. Apollo’s widowed wife tracks him down and takes him in- setting up the initial patriarchal conflict that becomes a theme throughout the entire movie. Skip forward 18 years and we see a successful, young underground boxer with a great job throwing hands around dodgy Mexican money fight syndicate.

Adonis (Donny) Creed (Johnson) (whatever) lives in a constant frustrating paradox of trying to prove something to someone he’ll never meet, while also still trying to ‘make it on his own’. He ditches a life in his father’s mansion with a high paying finance job to ‘make it as a fighter’. He heads to Philadelphia away from his LA lifestyle where he can’t get a break on his own because of his Father’s name to track down Rocky and recruit him for training.

After this it falls into the standard template of a Rocky film- train, fail, low importance fight, win, celebrate, drama, big fight opportunity, serious training (shirtless this time with louder music), big fight. So I won’t dissect the linear nature of the plot any more. Suffice to say it’s a straight line Rocky film. But, what is interesting is the approach it takes with certain events and themes and the direction it takes in between these mandatory punches that make up a boilerplate Rocky film.

I mentioned Legacy earlier- Rocky has a great line early on in the film where he says ‘Time beats everyone, it’s undefeated!’. Echo this with my prediction that Rocky would finally get the beautiful death and you have some (seemingly) great foreshadowing and a legacy handover story. Creed Jr stepping in to learn from Rocky and continue/not continuing (depending on what suits the foggy motivation the writers gave him for that scene) to carry a legacy forward. The legacy of the franchise itself is handed over to a new fighter. Even the film itself gets a handover to the modern age with a new feel to the production showing the boxer’s stats over their heads. They do a great job of both symbolically (lovely scene at the end with Creed walking up the famous steps) and by outright showing you (Rocky bringing Creed to meet someone else to show him something that Rocky is no longer able to) of demonstrating the burning out and handover of a legacy.

Except… they get a bit brave and then pull back. It’s always very obvious that Rocky will be sick/dying at some stage. The revelation that he has cancer comes at no surprise and I was excited in a bittersweet way to see Stallone finally give Rocky the death he deserved. Only something unbeatable like time could take down Rocky in my eyes so to have had him die in the ring, which was the original plot for Rocky 1 would have been a travesty.

I feel like, the illness revelation comes at a time in the movie when the pacing is particularly slow. It’s used as a cheap plot device. We’ve had our excitement, our first training montage and now it’s a bit dull. So BOOM, Rocky is sick- this breeds tension, a great take on the montage that it’s known for that really did warm my drunken cold heart a little where Rocky trains Creed from his sick bed…and it’s all just so out of place in a lovely way. It’s preparing you for Rocky’s handover.

Except there isn’t one. The plot picks back up as the big fight comes to fruition, and suddenly we don’t give a shit about Rocky any more. Because we don’t need the tension his illness brings. He doesn’t die, nothing is said about it, he’s damaged but alive at the end and I feel like they’re doing something quite ironic with him at this stage. During one of the fights the announcer jokes that the crowd is only there for Creed because Rocky is in his corner. Creed, by the way at this point, has a very dues ex machina change of heart about his name when he sees a stupid pair of shorts, in that case call me Calvin Klein! And that’s what the film is doing, keeping this old, sick, tired, spent man in the corner to bring in an audience. He’s not dead, there’s going to be another film and they’ll maybe kill him in that if they think Creed can hold his own but if they don’t then Rocky is going to become some version of a character who gives you side quests in a game. Once important, cool back story, but for the most part just an old man that you visit when you need to speed things along.

SO my big issue is that they load that gun and never fire it. The fight scenes are what you would come to expect from having an actual boxer take part and some of the rounds are very intense and fun to watch, I really did enjoy it but I’m left just a tad disappointed by some of it. 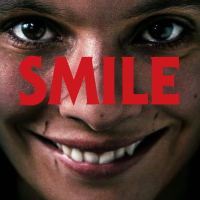 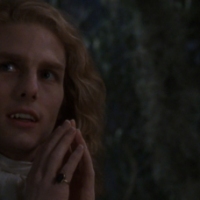