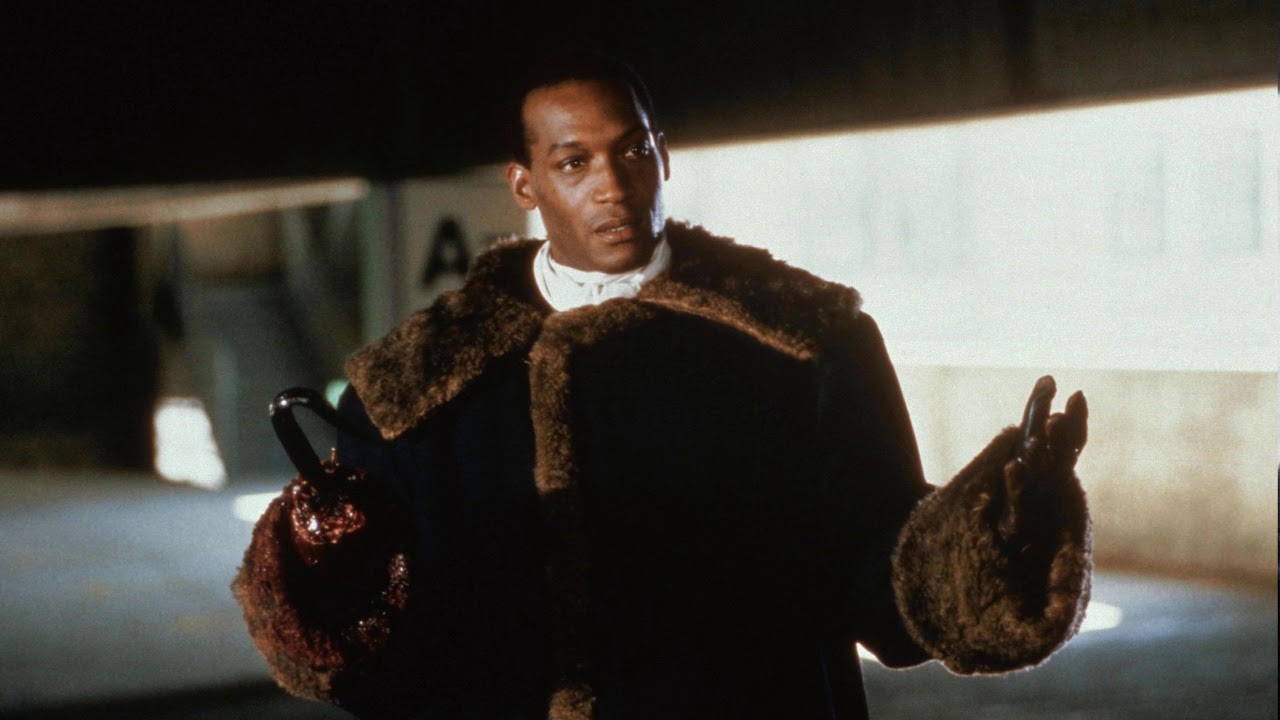 Candyman! Candyman! Candyman! Candyman! Candy…..! For such an innocuous sounding name, the chills it sends up one’s spine is very palpable. I’m not the superstitious type, but I’ll be damned if those immortal words that may or may not summon a hook-handed Tony Todd don’t give me pause. Interest in Candyman has skyrocketed recently when Peele stated interest in the film, so much so we have a sequel produced by Peele on the horizon (please, of please release in 2020) directed by Nia DaCosta. I must confess that the film wasn’t on my radar until recently. 90s horror isn’t quite as well regarded as the genre as my favourite era, the 80s, and I had ignorantly written the film of as another slasher (a subgenre I never really grew accustomed to).

A graduate in semiotics, Helen Lyle has recently focused her attention on urban legends as the topic of her recent study. A recent gruesome myth has become the subject of her interest, the story of Candyman, a vengeful figure who can be summoned by saying his name 5 times in a mirror. While the urban legend is well known, Helen has little in leads to follow up on when by chance a cleaning lady provides a location for the myths beginning, Cabrini-Green. Helen’s interest is further ignited by the housing project’s history and various unsolved murders which share a creepy similarity to the figure she hopes to study. As Helen delves deeper into the legend of Candyman, she sets events into motion that the residents of Carini-Green hope to stay hidden. 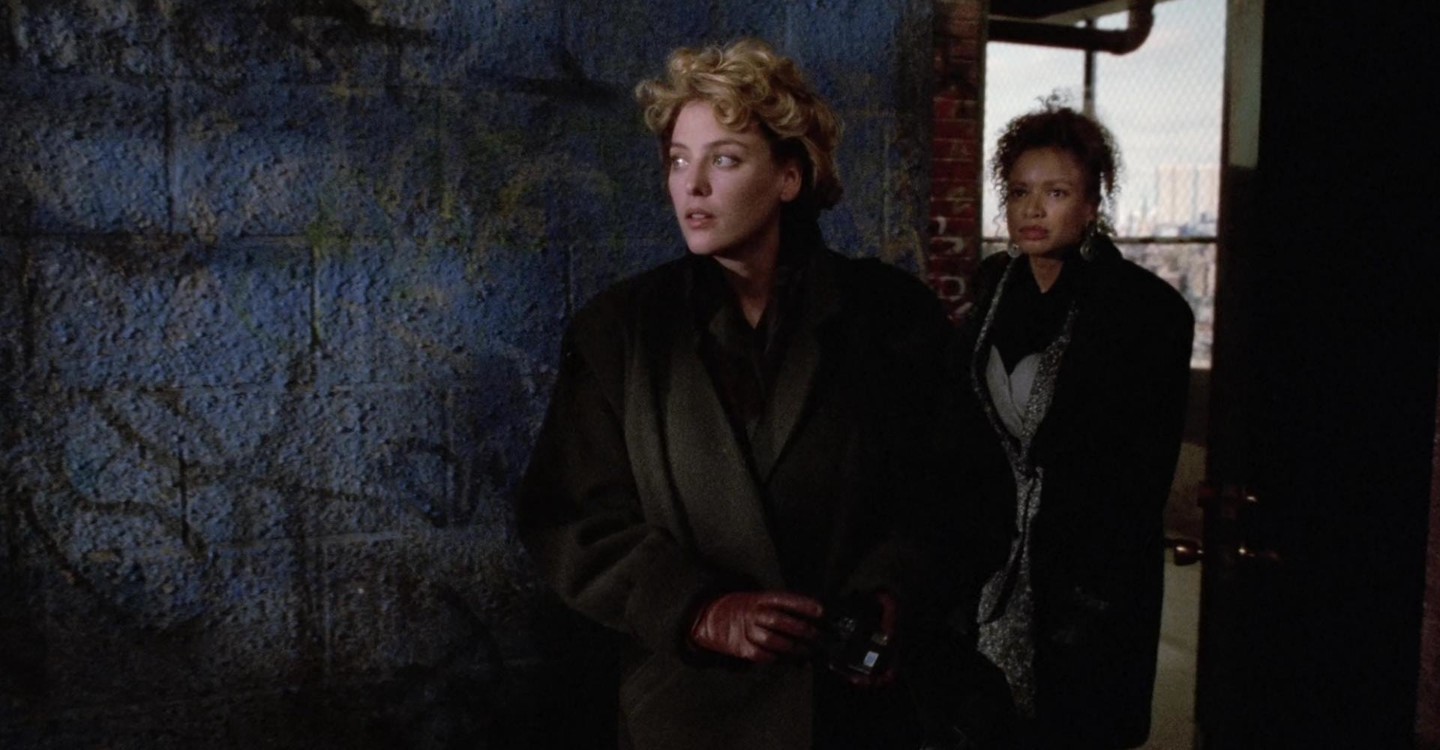 The idea that Candyman was just another slasher flick was a horrible case of judging a book by its cover on my part. The film has a far more terrifying concept, and that is how our own fears and belief can conjure such evil. Helen’s naivety and curious nature is the catalyst for the suffering and mayhem that unfolds. She in many ways is a victim as her own promiscuous husband who disregards her and causes her to throw herself into her own work, something she is very good at. Unfortunately, her tenacity clouds her judgement as her friends and members of Cabrini-Green beg her to leave what should not be disturbed, alone. Candyman must remain just a whisper, a scary story to keep bold children in line, but this generational fear and sensationalism is the lifeblood of Candyman. In order for him to exist, he must exist through the fear his name conjures.

The topic of race and prejudice is featured prominently. Candyman himself is a victim of a horrible act of violence at the hands of a lynch mob. He remains a nameless spectre, described as the son of a slave who was accepted by white society due to his talents with a brush. His crime was falling in love with a white woman with whom he fathered a child. Cabrini-Green’s features as another allegory of racial injustice, a neglected project looked down upon and feared by many of Helen’s colleagues. Even after Helen stupidly puts herself in a dangerous situation and is assaulted, the police are all hands on deck to apprehend a black man who dared to assault a white woman, to which Helen points out would not have seen such an uproar if she wasn’t white.

To the film’s credit, it does a decent job of handling such a taboo subject, especially when it lays out the imbalances between different communities. Unfortunately, it also falls head first into outdated stereotypes which dampens its message. The film seems to make a point about the injustice of killing an African American for engaging in a relationship with a white woman, and yet Candyman seems infatuated with Helen, a pretty counterintuitive point to the demonization of black men for seeking white women. Making Helen some kind of reincarnation of Candyman’s former lover is a boneheaded decision and a product of lazy writing. Superstition among Cabrini-Green is another ugly stereotype of black culture. The film might revel in the fact that these white university professors are proven ignorant and dismissive, but it’s also at the expense of showing the citizens of Cabrini-Greens as overly superstitious and reactionary.

Despite the confused themes, Candyman excels as a true horror icon thanks to a legendary performance by Tony Todd. The aforementioned villain doesn’t even appear until 45 mins into the film and yet his presence is felt throughout. Candyman is almost a psychic parasite, a monster that that burrows its way into a victim’s mind and survives on their fear. His backstory is both horrifying and tragic, but never once does he become a sympathetic figure. Another standout is Philip Glass’ haunting score. A beautiful symphony of orchestra and hypnotic choir.

For a film I had so basely written off, the good word of horror fans proved me wrong. Candyman is a chilling and emotional tale that lingers on the mind. I’ve grown up with plenty of urban legends and myths to spook our young impressionable minds, but Candyman plays perfectly towards that uncertainty and aggrandizement. With the sequel hopefully releasing shortly, I look with strong investment to the continuation of the saga of Candyman (the other sequels should be avoided).