Stephen King’s work has always been highly regarded, the same cannot be claimed for many of the film adaptations of his writing. A decent Stephen King film was a dime a dozen and any announcement of an upcoming adaptation was commonly met with disdain from fans who have felt scorned one too many times. In recent years this sentiment has changed to hype and excitement owing to a sort of Renaissance as we’re getting good King films more than we are getting bad. Respected directors are lining up for his work, and his name is proudly displayed as an advertising standpoint.

IT: Chapter 1 was a tremendous success in most respects, positive reviews, a massive box office smash and many King fans pleased as well as creating plenty of new ones. This success falls upon the shoulders of director Andy Muschietti, who not only crafted a pretty faithful adaptation of one of King’s craziest novels, but also made a pretty darn great coming of age story with a fantastic cast of young actors. Chapter 1 felt grandiose in scale but had plenty of time for smaller and more tender moments among its ensemble cast of ‘Losers’. Also, Bill Skarsgard’s portrayal of the evil clown Pennywise has been nothing if not inspired. It: Chapter 2 takes place 27 years after the events of the first film where the monstrous entity, Pennywise, has returned to the town of Derry. Mike, the only member of the Losers Club to remain in Derry, recognises It’s return and reaches out to his former friends. Most of the former Losers have literally no memory of the events that took place 27 years prior other than recognising each other. Nonetheless, they descend upon Derry for a group catchup and soon find their former trauma returning before their very eyes. Mike reminds them of the oath they made as children to stop IT should he ever return.

The casting of the now adult Losers is perhaps the film’s greatest strength, with each character retaining elements of their younger selves. Each character seems so natural as if we have just fast forwarded 27 years, rarely is an ensemble cast this well and play off each other so seamlessly. Each Loser is given their own moments to shine and develop but It’s Bill Hader’s, Richie Tozier, that stands out bringing most of the laughs but also surprisingly, most of the heart.

Pennywise is as menacing as ever, especially in a horrid opening scene where he preys on a victim of a vicious hate crime. It’s a hard scene to watch and really emphasises how devious and pathetic Pennywise is in choosing his victims. The effects and creature design deserve praise for their creativity and surreal nature, Muschietti certainly doesn’t skimp out on the weirdness of the novel.

Where the film loses steam is about the midpoint, where each character is sent on their own fetch quest for an item of importance to them personally. While it allows for some creepy shenanigans and run-ins with Pennywise, it feels formulaic as we move to a new set piece for each character where something goes boo and they escape by the skin of their teeth. This rinse and repeat approach actually lessens the threat of Pennywise as he appears more and more incompetent. It just pads out a pretty indulgent run time that just falls short of 3 hours. 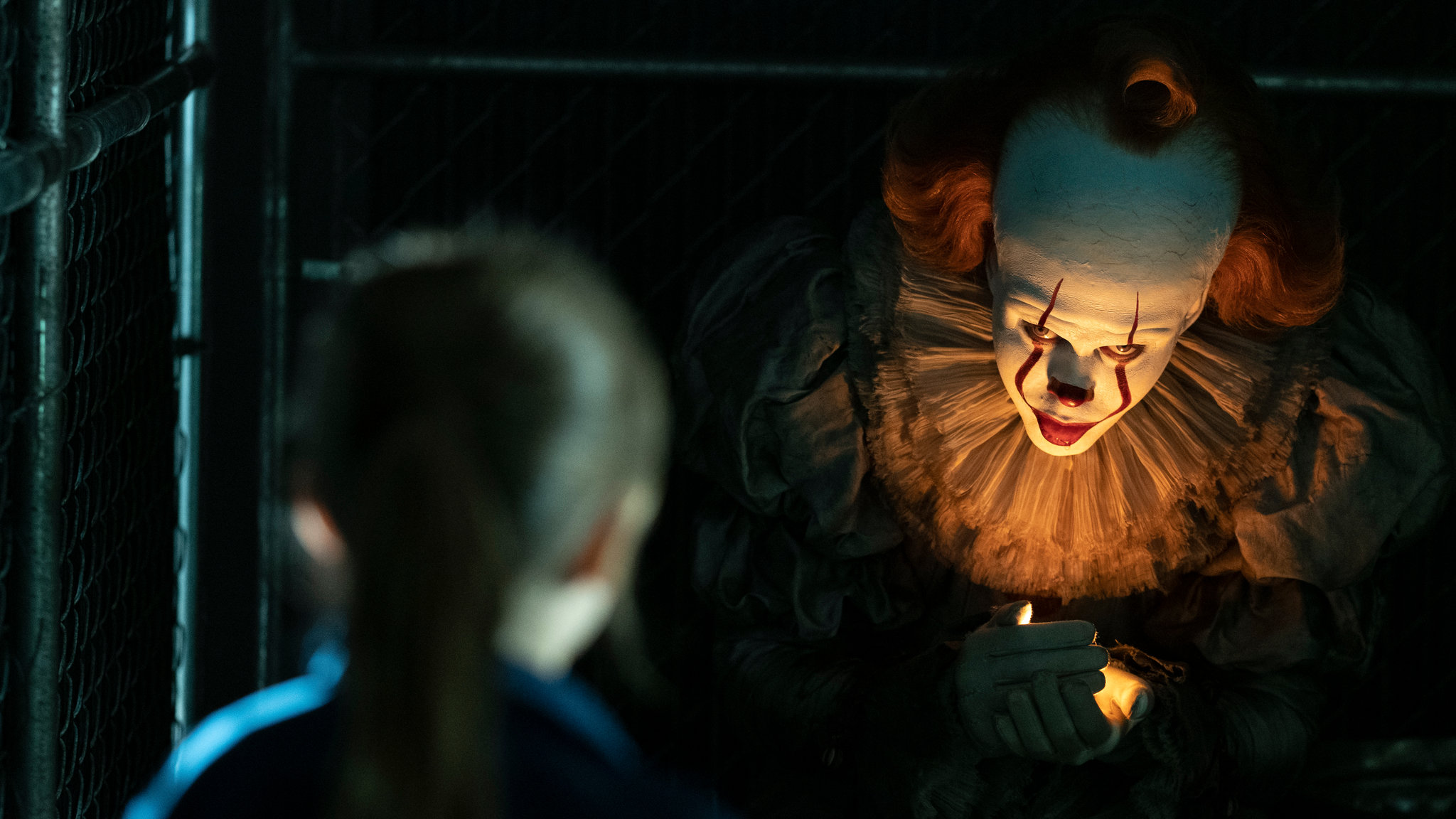 My biggest gripe with the film is the number of flashback scenes where the cast from the original film return. I loved all of these characters and actors but these scenes feel shoehorned in where the film tries to have the best of both worlds by bringing back these characters and adding more scares. The de-aging of the actors using CGI is painfully noticeable and only took me out of the film. Focusing on elements of the first film like It’s influence on Derry would have been a far more interesting use of the runtime.

Ultimately, It: Chapter 2’s ambition is what really impresses, seeing a horror film go for a more epic approach is a welcome surprise especially since horror has gone strength for strength over the last few years. While the scares and tension are lacking from the first film, the focus on the Losers and their relationships is still top-notch. Chapter 2 never takes itself too seriously with the comedy landing more than the actual horror elements, it may not be a very scary film but It: Chapter 2 has plenty of fun with great performances and slick visuals.