Coco marks a significant new direction for animation powerhouse, Pixar, in choosing to focus their story on an actual culture and celebrated festival; Mexico’s Día de Muertos (Day of the Dead). Traditionally Pixar has focused their films on more fantastical stories such as superheroes, Toys who are alive and talking fish. It’s hard not to draw similarities to Disney’s Moana, which focused on Polynesian culture and history. It’s a welcome change to see these animation studios centering stories on these cultures with rich values, history, and mythos.

In Santa Cecelia, Mexico, Miguel dreams of becoming a musician despite his family banning any kind of music from their household due to his great, great grandfather abandoning his family to pursue his dream of playing music. Despite the tight-knitted bond Miguel shares with his family, they reject his aspirations and discourage him from his dream. After a serious disagreement with his grandmother, Miguel decides to follow in the footsteps of his idol, De La Cruz, and prove his talent. Unfortunately for Miguel, through some mishaps, finds himself transported to the Land of the Dead where he’s reunited with his past relatives.

Coco is one of Pixar’s most visually appealing films yet. It’s a canvass of vibrant colours and smooth animation, bringing this land of the Dead alive. The Day of the Dead is an already visually impressive festival that lends itself perfectly to Pixar’s creative team. Perhaps even more impressive are the songs in Coco. Pixar is not known for having musical numbers or songs in their films, a feat someone as miserable as me has always appreciated, but even I have to admit the music is great and seamlessly realize the beauty of Spanish guitar.

Coco focuses on family and uses its setting to establish the close bond between Mexican families. What Coco does more interestingly is display both the positives and negatives of families as Miguel’s, both living and dead, take on an antagonistic role early on. Legacy is a theme that runs concurrently throughout the story as the citizens of The Land of the Dead existence depends on their living relatives remembering them. It’s a very adult theme that is sure to hit home for parents. 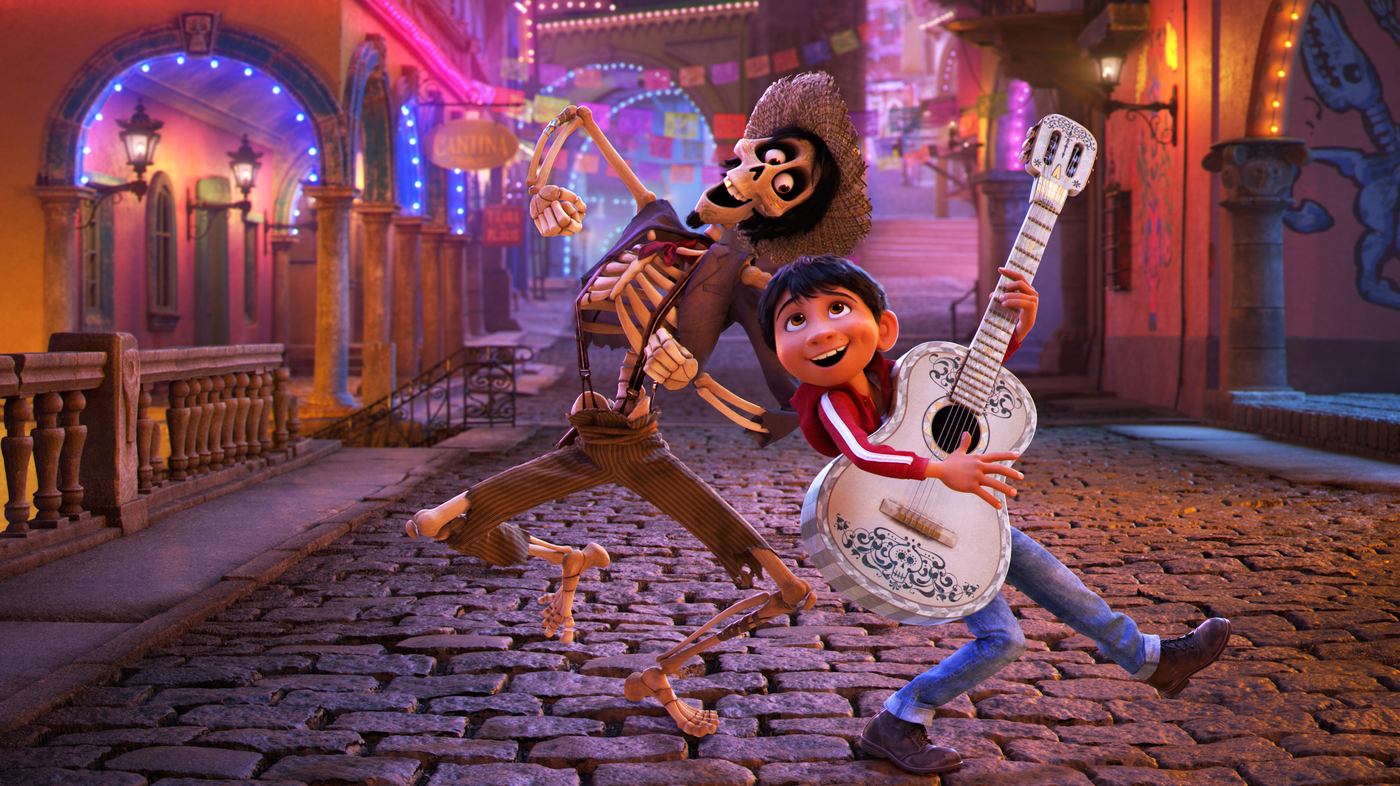 Where the film falters is when it falls into familiar territory. Certain story beats feel ripped from other movies such as The Book of Life and even some past Pixar films. Frustratingly this lead to the film being a little too predictable as I called most of the story beat early on. However, a little twist I predicted early on had a far more sinister revelation than anticipated.

Coco is another quality effort from Pixar. It’s certainly the best film out of their last three efforts, but doesn’t quite stand shoulder to shoulder with some of their classics. Unfortunately, it’s a tad familiar and predictable but keeps its heart in the right place by focusing on family. Beautiful to look at, plenty of laughs and catchy songs, Coco is sure to capture audience imaginations and give others a bit of Mexican flavour.