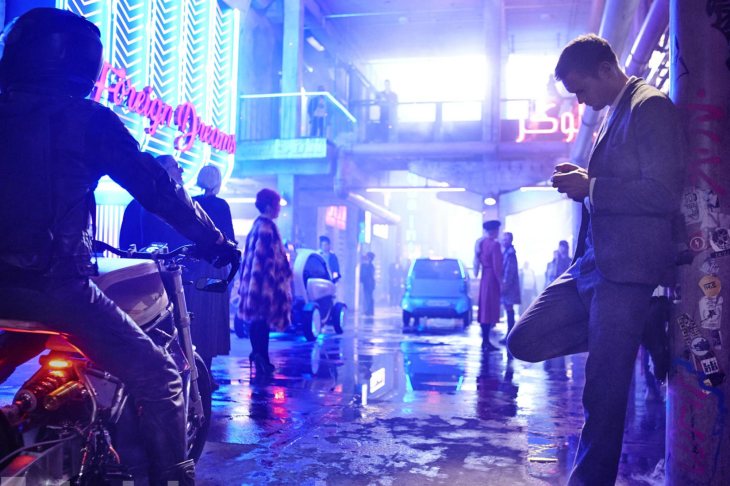 After reading Shaun’s list of the 21 films you can’t miss for 2017, I couldn’t help but think that on paper we have a solid year of epic blockbusters ahead of us, and yet I remain cautious due to the general decline in quality of last year’s big releases. Blockbusters, for better or worse, have become the staple of modern cinema as studios invest billions every year in trying to catch audiences attentions and make a solid return on their investment. it’s not unethical for studios to want to make money off of their films but it is distressing when we see lazily executed ‘splosion fests beginning to saturate the market.

While the spotlight certainly falls on the bigger budget films, bigger marketing budgets do tend to reach larger audiences, it can become difficult to find smaller films. I tend to spend a lot of my spare time scouring movie sites and blogs for new movies I still manage to miss a lot of great projects. I only found out about my favorite film of last year, Hell or High Water on Reddit a week before its release in Ireland.

10. Goon: The Last of the Enforcers

The saga of Doug “The Thug” Glatt continues. Goon has become a cult classic and considered one of the best hockey films. I first watched this under the pretense that it was a guilt-free hangover movie, I certainly didn’t expect it to be one of my favourite comedies. It found a brilliant fine line between offbeat and coarse humour with a healthy dose of fisticuffs.

While the film hasn’t struck a chord with everyone, I for one am delighted this sequel is on its way and can’t wait to see Sean William Scott’s dimwitted but well-meaning enforcer, Doug Glatt, bludgeon some fucking Canucks. 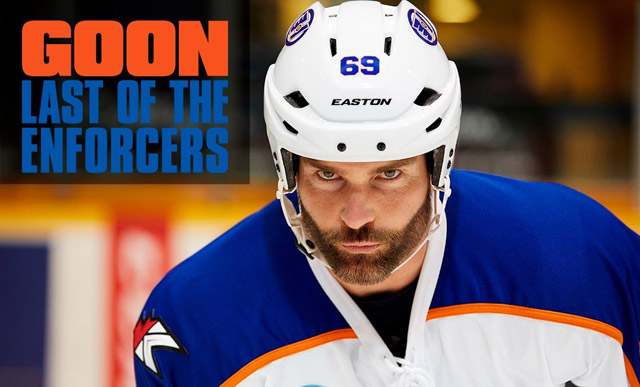 Detective Harry Hole (Michael Fassbender) investigates the disappearance of a woman whose pink scarf is found wrapped around an ominous-looking snowman.

So far this is the only plot we have for this year’s thriller the snowman and I’m already in. While I may not know much about the plot, I do know that this film is helmed by Tomas Alfredson whose previous directorial outings are Tinker, Tailor, Soldier, Spy and Let the Right One In, so it’s safe to say it’s in good hands. The cast isn’t too shabby itself with Fassbender as lead and supporting roles from Rebecca Ferguson and J.K. Simmons. 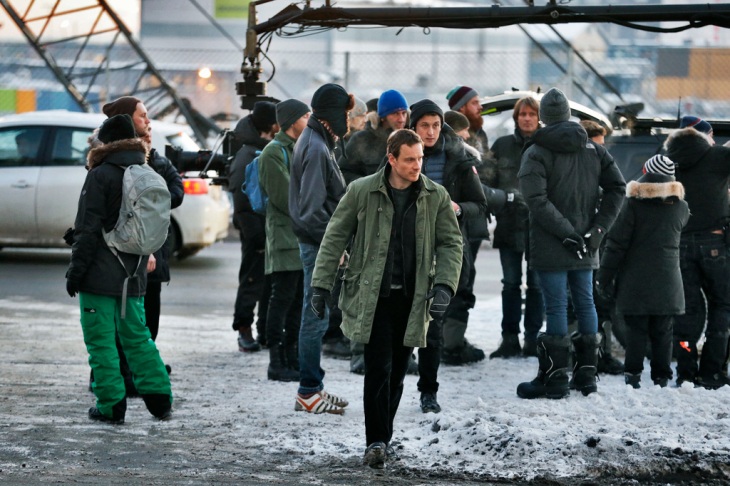 This is easily the most well-known film on the list and yet not many people I’ve talked to know of its existence. There has been very little buzz about the film since the first trailer dropped and I’m scratching my head as to why.

King Arthur is shaping up to be a mad concoction of legend and myth whipped up from the unhinged mind of Guy Ritchie. There are very few certainties in life, but one you can always bank on is I’m going to see a Guy Ritchie film. 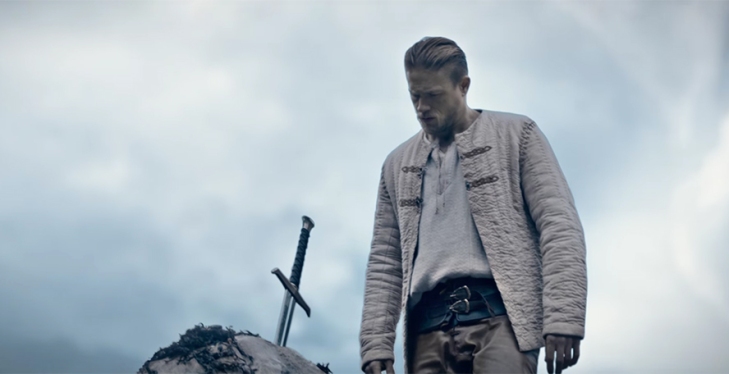 Every detail I know about Annihilation forms a checklist of why I’m pumped for this film.

6. Murder on the Orient Express

Famed Shakespearean actor Kenneth Branagh will be making his directorial debut this year bringing Agatha Christie’s famed Murder on the Orient Express to the big screen. We have too few murder mysteries gracing the big screen so I’m excited to see Branagh’s take on perhaps the most famous murder mystery of all. 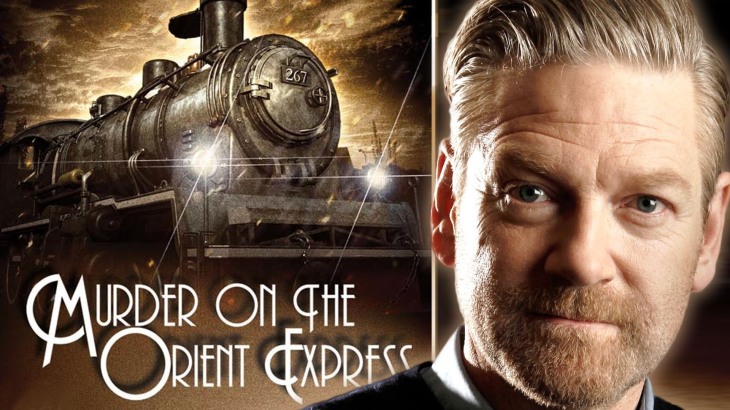 Ben Wheatley has been a pretty provocative director with his films dividing audiences and critics alike. Anyone who has seen Kill List will have the final moments of the film engraved in their memory forever. Wheatley certainly can conjure up shocking imagery yet his material never feels stale. This largely due to Wheatley tackling different genres with each outing behind the camera.

Free Fire looks to be an off the wall, high-octane action comedy with a stack of great actors. I recommend anyone to see the film sightseers’ to witness Wheatley’s morbid yet hilarious humour. Also, any film with Sharlto Copley overacting has my full undivided attention.

Edgar Wright is without a doubt one of the best directors today showing an insane attention to detail and technical wizardry behind the camera that is almost unprecedented. However, by far the best aspect of his outstanding filmography is every one of his films is insanely fun. Wright’s films leave you laughing throughout and coming back for more with his easy to miss easter eggs. Baby Driver follows the story of getaway driver Baby, played by Ansel Elgort, who finds himself in danger when a robbery goes wrong. Elgort is supported by a stellar cast such a Jamie Foxx, Jon Hamm and Kevin Spacey. 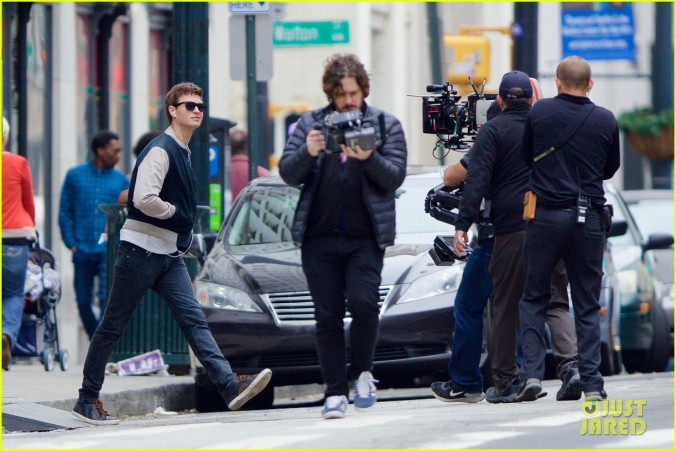 Described by Duncan Jones as a spiritual sequel/prequel to his breakout film Moon, Mute follows the story of a mute bartender (played by Alexander Skarsgard) as his searches for the object of his desire who has gone missing. The film is set forty years in the future where the east clashes against the west.

I never really asked if I wanted to see more of the world of Moon but with Duncan Jones on board, I’ll watch anything he directs (which includes Warcraft, which is low-key a really entertaining film). So far the released stills give a blade runner vibe, so I;m looking forward to what this take on the future fully looks like. 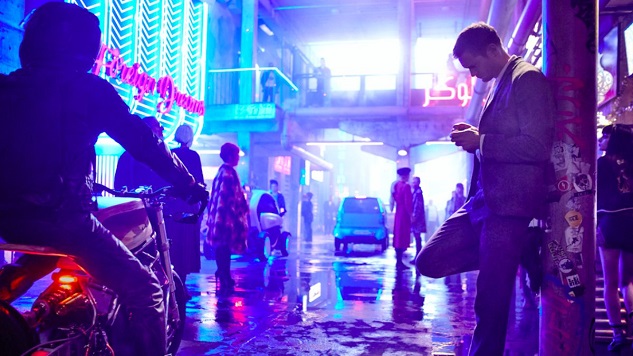 Last year we unexpectedly got a Cloverfield sequel which has now turned out to be a  science fiction anthology franchise backed by J.J. Abrams. 10 Cloverfield Lane was both a shock and delight to cinema-goers pulling off some of the best scenes of tension we’ve seen in years. Now we have the title of the next film in the series “God Particle”. Science Fiction is easily my preferred genre of cinema and if the film can retain the quality of the previous two entries then I’ll be over the moon.

The only synopsis we have so far is; “A team of astronauts aboard a space station finds themselves alone after a scientific experiment causes Earth to disappear. When a space shuttle appears, the space station crew must fight for survival following their horrible discovery.”

The McDonagh brothers are the champions of dark comedy right now. If I were to choose between the two as to which is my favourite, the crown goes to Martin. In Bruge and Seven Psychopaths are two of the funniest films I’ve ever seen and yet both shocked me at times, tugged on my heartstrings and left me feeling a little emptier inside.

Martin has his latest film Three Billboards Outside Ebbing, Missouri scheduled later this year and I’m shaking in anticipation. Both Harrellson and Rockwell are returning along with Peter Dinklage and Frances McDormand. With such a fantastic mix of talent among the cast and crew, it’s hard for this film to not be my most anticipated film of the year. 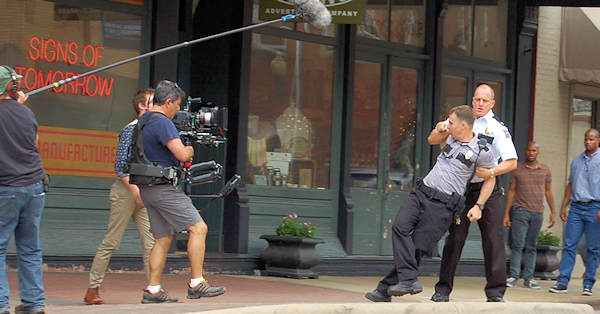 Let us know what lesser-known films you think will be hits this year @ReelTimeDublin. 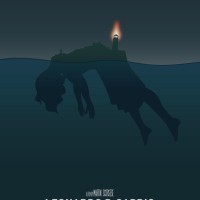 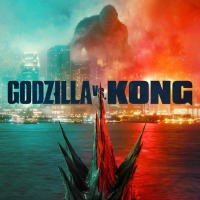 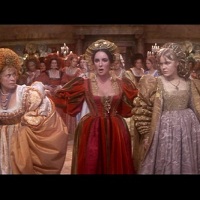 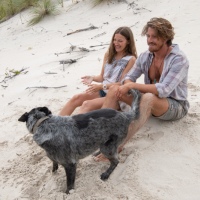 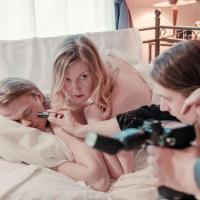