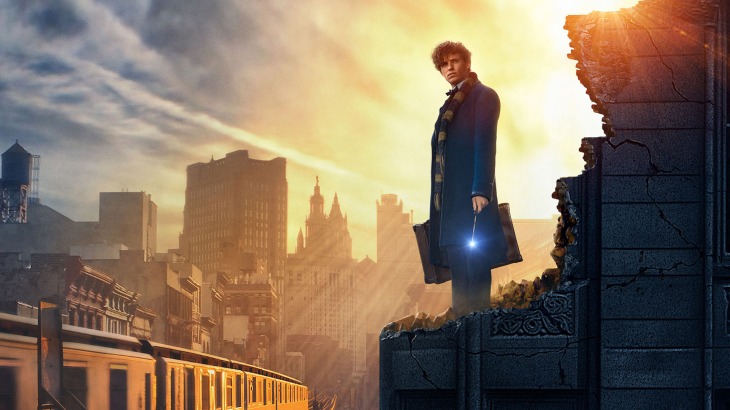 Being a 90’s child it was inevitable that my path would cross with Harry Potter. I loved the first book so much I had it read in two days and instantly started it again. By the time the first film came out I was on the fourth book and a true Pothead. The first film nailed it, I knew walking out of the theatre that this was my shit. But then something happened, Lord of the Rings came out a month later and shook my world, my very beliefs. This longing inside my which I though had been filled by Harry Potter had found something new, something even better against all odds. No longer did I want a wand, I wanted a sword or and axe or anything to take on the corrupt horde of Sauron.

Being still young I developed this competitive grudge against Harry Potter, to me that stuff was too soft, Middle Earth was where the real shit went down. I went along to the next three Potter films but my loyalty to Lord of the Rings would not allow me to enjoy or appreciate them. Eventually when I grew up a bit and learned that you can have your cake and eat it I revisited this series and realised what I had missed out on. The entire film series is fantastic, I cannot believe that a series of eight films could hold such consistent quality and also end on such a high note. Full credit to J.K Rowling who expertly revisits elements of the series which appeared to be cannon fodder and actually had significant importance to the story.

Hearing Warner Bro’s was adapting a short story by Rowling based in the same universe into a multiple film series seemed like a stretch. It wasn’t a huge surprise considering the amount of remakes, re-imaginings and series continuations we see today, but I guess I held this series too sacred and wished it would just be let alone since the Deathly Hallows Part 2 finished on such a high note. Hiring Redmayne as the lead and Yates as director was a step in the right direction but it still hadn’t caught my attention.

It’s safe to say any hype a had for releases in the latter half of this year has evaporated after some huge disappointments throughout the year.  I’ve noticed a degree of cynicism building up within me which I find largely out of character considering I’m living out my passion of reviewing films. No more was this cynicism evident than when I found myself walking into the screening for Fantastic Beasts And Where To Find Them.

Fortunately Yates, who directed a few previous Potter films, had other plans and has made one of the few shining gems of the year. While certainly grand in scale, it’s the small details that truly capture the magic in Fantastic Beasts. Yates spends time building this new world, not only is it set in a different time period but also on another continent. I have to applaud that time was spent showing a different culture and not just a rehash of ideas we’ve seen in the previous films. Instead we get a no-nonsense New York which overseen by the bureaucratic Mecusca, the governing body of wizards and witches who impose a zero contact policy with No-Maj’s (Muggles).

The story begins with Newt Scamander’s arrival to New York with a mysterious case of beasts in his possession. Unfortunately Newt arrives at a tumultuous time as attacks from a dark wizard across Europe, and a mysterious force wreaking havoc in New York has the members of Mecusca on high alert. Through a series of unfortunate events (wahey) Newt accidentally swaps briefcase with the unsuspecting no-maj Jacob. Newt is apprehended by the discombobulated Mecusca agent Tina Goldstein but soon both have to team up along with Jacob to track down a number a magical beasts who have run amok across the city.

Fantastic Beasts is a film of two parts, for the most part we follow our protagonists as they track down and each magical creature and apprehend them in zany and often times hilarious ways. It’s these moments that are incredibly fun and pleasing, as it expands the lore of the universe giving it a grander scale. It’s not all fun and games though as darker things are afoot as Colin Farrell’s character Graves meets in secret with Credence, the son of a fanatical No-Maj who campaigns for the exposure and annihilation of wizards and witches. These scenes carry a rather dark tone that was also present in the latter Harry Potter films. It’s quite jarring how different the tone is at points in the film and it lends to a few pacing issues in the mid-point.

The new cast of characters are pretty damn likeable and all share great chemistry that really makes you believe they build this companionship and friendship over such a short period of time. Redmayne’s character manages to never give too much away about himself and you can see why others would consider him such a difficult individual yet its his devotion to the creatures that helps you warm to him. Katherine Waterson and Alison Sudol do a great job as sisters and prove to be formidable members of the team. However its Dan Fogler as No-Maj Jacob who steals the show. Jacob have could easily been used as a surrogate character asking expositional questions about everything going on around him, instead Jacob questions little and roles with the punches at every turn, he’s a real stand up guy.

Fantastic Beasts and Where To Find Them is a great first entry to the series which feels both familiar and fresh. What I found great about the film was that it set plenty up for a plethora of sequels but also manged to wrap up its story with zero cliff hangers. This film truly warmed my heart and exterminated all of my unwarranted cynicism.