Unbreakable is M. Night Shyamalan’s second film as a director following his smash hit, The Sixth Sense, during the height of his career before he lost his damn mind. I love this film and felt I had to revise it after it blew Adam’s mind a few weeks ago. Unbreakable is not only one of the best superhero films ever made, it’s probably the most creative.

Released in 2000, Unbreakable had the monumental task of living up to Shyamalan’s directorial debut The Sixth Sense, which had made him the most popular rising director in Hollywood, even being labelled the next Spielberg. They conceived the film as an origin story and integrated some popular tropes found in superhero comics. On release the film received relatively mixed feedback from critics and audiences with many feeling it didn’t extend beyond the shadow that The Sixth Sense cast over it.

The story follows David Dunn, a quiet, introverted man who miraculously is the sole survivor of a train crash and walks away unscathed. David is a security guard whose marriage is failing. Soon David is approached by an odd man called Elijah Price who confronts David with the theory that he may possess super abilities similar to the comic books that Elijah obsesses over.

What makes Unbreakable one of the best superhero films for me is its grounded storytelling. Made in 2000 when superhero films were only gaining traction, Unbreakable put its own spin on the genre which still can’t be matched today. This is because Unbreakable is the best origin superhero story made. Most superhero films today are made with sequels in mind, so the first film is usually telling the story of how the hero came to be, usually through circumstances or a need for justice. Unbreakable breaks this mold by presenting our hero as an every man who barely knows his purpose in life. Most of the film’s action takes place during dialogue rather than massive action scenes which consume most superhero films.

What’s interesting is that David seems the opposite of a superhero, he’s quiet and avoids conflict, shows little charisma, and works a low-paid job. David can’t even save his own marriage let alone anyone else, the first time we see David he takes off his wedding ring as an attractive female passenger sits beside him on the train. Elijah however knows his purpose, he’s the one to guide David, to mentor him. Unbreakable is just as much Elijah’s origin story as David’s both need each other to find their place in life.

The cast is superb here, with both lead actors shining. Bruce Willis brings a vulnerable side to David who isn’t usually associated with his more macho action movie star roles; here David reacts to Elijah’s news with resentment and melancholy. Elijah Price is one of Samuel L. Jackson’s best roles to date, Elijah is an outcast with a bone disease which makes his bones brittle, making him very vulnerable, however it’s Elijah who has the charisma and confidence that David lacks. Jackson shows some serious range as Elijah, a man who has faced an upward struggle his whole life and now finds the answers in David he has always been seeking.

The only real flaw I could find with the film is that it’s pacing is rather slow at times. I felt that the film spent too long confirming Elijah’s theories, which erased some subtlety that the film had earlier. This is not a major issue though as the film unfolds in a satisfying way that feels grounded and realistic. The ending has apparently been divisive among critics with some feeling it didn’t have the same impact as The Sixth Sense; this is a stupid argument though in my opinion as just because both films have a twist at the end, both have different effects on the story. Yes, I can confirm there’s a signature Shyamalan twist at the end but it doesn’t feel forced or too unrealistic, it actually bears significance on all the events that have transpired in the film. The ending is perfect for me as it plays perfectly into the superhero theme that Shyamalan was going for, and I didn’t see it coming at all. 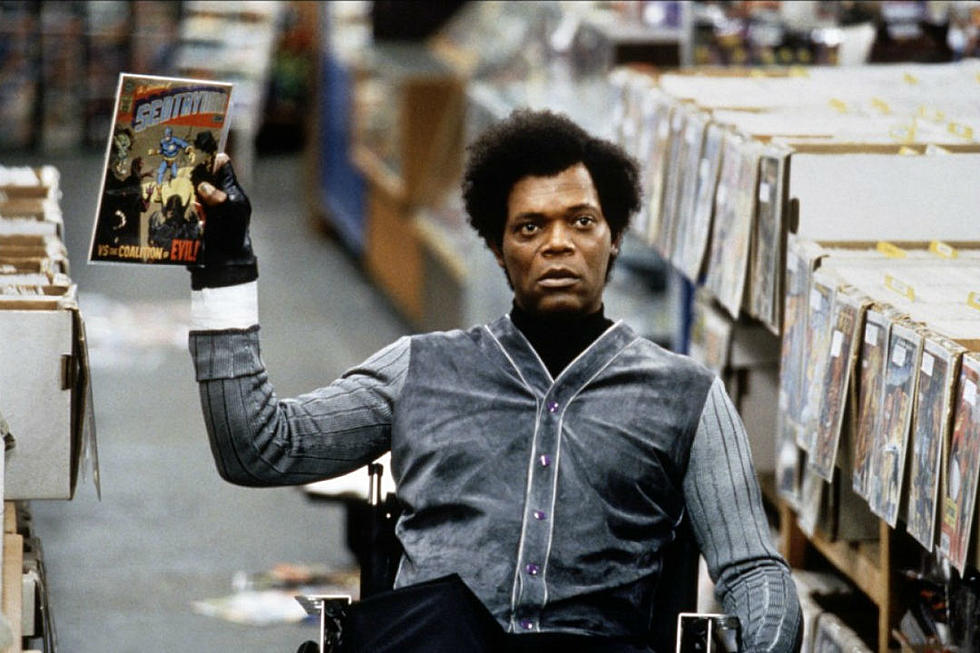 It’s interesting to look at Shyamalan’s earlier films before he imploded into the laughing-stock he’s become. The guy had great ideas and vision but unfortunately it seems the bigger the budget he got the more scrambled his vision became. It’s crazy to think this is the same director that made The Happening.

Unbreakable is the only superhero film that achieves the real world vibe that so many modern superhero films are trying to achieve, and that’s because David is a real world guy with actual problems and flaws.