Officially releasing in Ireland on the 24th of October, Thor Ragnarok is practically on the horizon and we are shaking with anticipation. Now the third entry in the Thor series and the seventeenth film in the Marvel Cinematic Universe (FUUCCKK), the Marvel Machine shows no signs of stopping.

Since the moment Taika Waititi was announced as director our gaze has been firmly placed on Thor: Ragnarok. Taika is one of our favourite recent directors with his oddball humour and quirky sensibilities. What has certainly peaked our interest is how Waititi has brought some visual flair to the film, something the MCU has been sorely lacking. Hopefully, with Thor Ragnarok and Black Panther, we can expect more vibrant colours and innovative set pieces in Future MCU films.

What we know of the plot so far is that it takes place four years after Thor: The Dark World and two years after the Avengers: Age of Ultron. Thor is now on a quest to find out as much as he can about infinity stones. Loki will be the ruler of Asgard under the guise of Odin and will bring the great city into disarray. The weakening of Asgard will inadvertently release the goddess of death, Hela, from captivity where she will destroy Mjolnir (Thor’s hammer) and unleash her wrath on Asgard. Somehow Thor will end up on the planet Sakaar where he will be captured and forced to fight in a gladiatorial arena for the entertainment of the Sakaarans and the Grandmaster, an ancient cosmic entity.  It’ll be in the arena that Thor will be reunited with former avenger The Hulk/Bruce Banner. They will form a new team with Loki and newcomer, Valkyrie, and head to Asgard to stop Hela.

I’m sure you’ve gathered from the above plot synopsis, Thor Ragnarock has a lot of moving components. Characters such as Loki, Heimdall, Sif, Volstagg, and Hogun are set to make their return while new Characters such as Hela (Cate Blanchet), Valkyrie (Tessa Thompson), Skurge (Karl Urban) and The Grandmaster (Jeff Goldblum) will take center stage.

This film seems to be improving on the style of the first Guardians film with the heavy emphasis on 80’s imagery and composition. There’s definitely a sense of Waititi trying to create an 80’s Retrowave vibe from the title font to the synth-heavy trailer music. I’m sure you’ve figured out from our logo that we are partial to this style. Even take a look at the first poster and you’re immediately transported back in time. But what really has us glued to the calendar and combing through the archives is the nods to the comic series that this is based on. Any serious (pretentious nerd alert) fan definitely got a rise out of the fact that we will finally see a live action version of the infamous ‘what are you the god of again?’ line from the comics. We’re super excited to see the version of Thor that doesn’t rely on Mjolnir being brought to life. Thunder, bitch. White eye Thor confirmed!!! 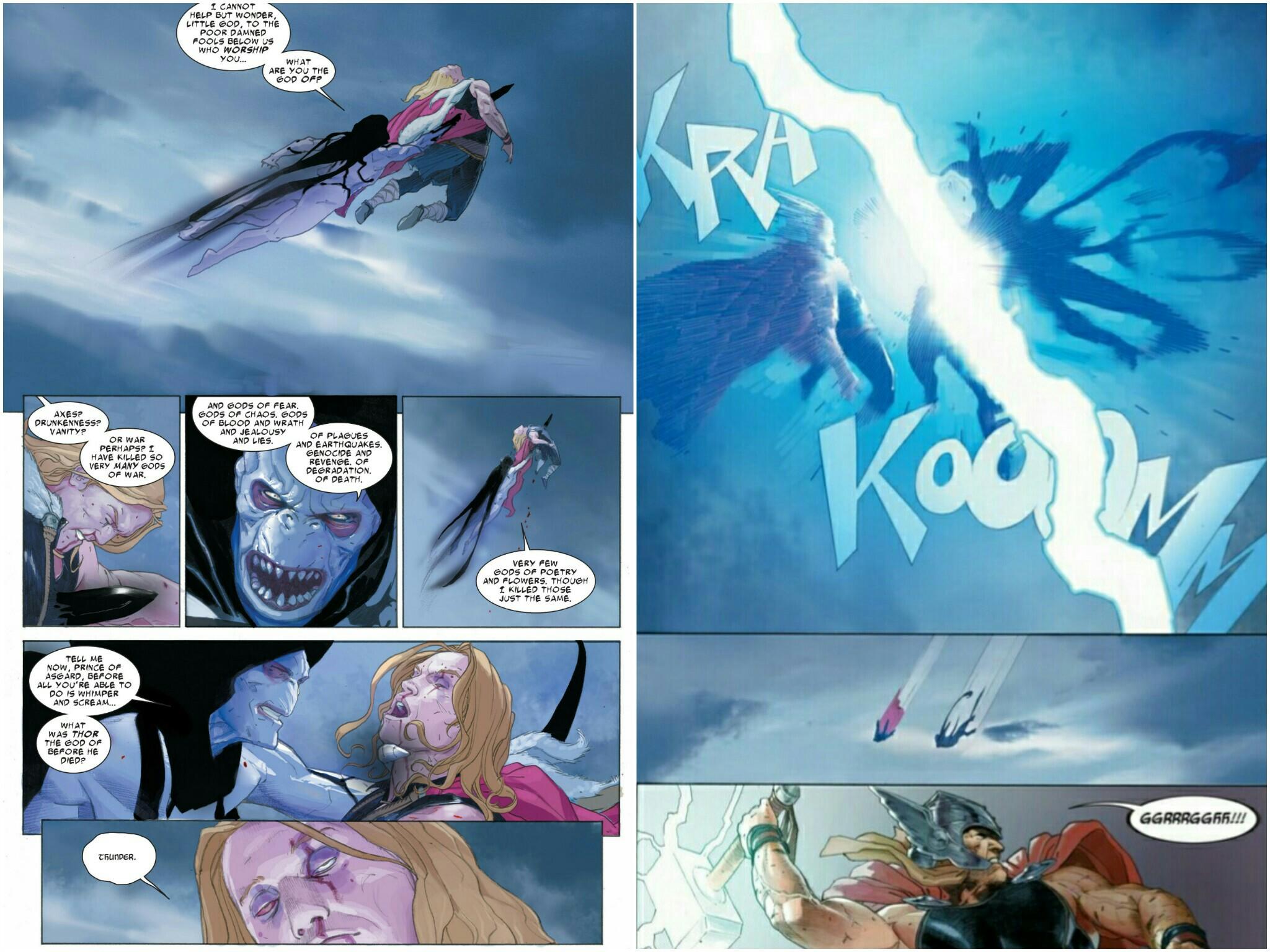 Perhaps the most interesting influence for the film isn’t actually Thor related but is instead a storyline featuring The Hulk. Planet Hulk is a storyline which features The Hulk being banished from Earth in a space shuttle and ends up crash landing on the planet Sakaar where he is captured and forced to fight in a gladiatorial arena, sounds familiar.  Many Marvel fans have been asking for a standalone Hulk film featuring Mark Ruffalo and the general consensus has been to adapt the Planet Hulk comics. It’s a prospect many have never really expected to take fruition especially since it was adapted into an animated film in 2010. While Thor Ragnarok appears to only be adopting a few elements of the comic it has received applause from fans.

There are a few more interesting notes for Thor: Ragnarok but we also must warn you that some may be seen as spoilers, so……………