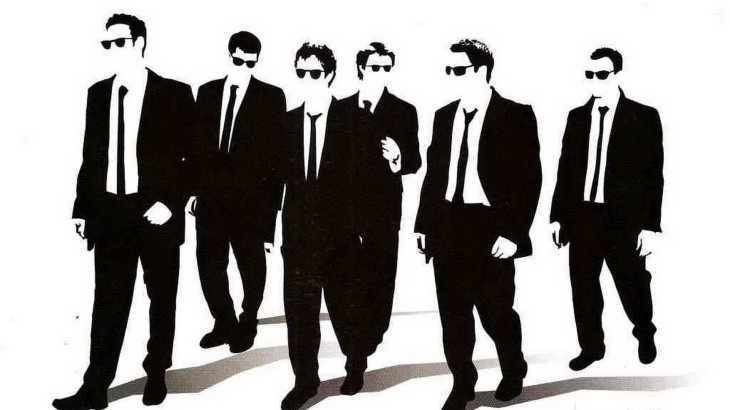 The criminal world has always been something quite alien to the majority of us, many of us are just content to walk the straight path through life and avoid as many transgressions as possible. However there’s a fascination with the underworld that has made it a massively successful genre of both literature and cinema.

Stories of robbery, murder and revenge have been the topic of some of the most critically acclaimed and highly revered films ever made. Hollywood has made epics about the exploits of gangs and gangsters since the formation of cinema. In some ways we’ve seen the glorification of criminals and their exploits which has proved to be controversial.

This genre has had a significant impact in how I viewed films over the years, as my perspective of films matured during my teens I discovered the works of master directors Scorsese and Tarantino. I adore this genre which has made choosing only ten for this list the most difficult article I’ve written. This is a rather personal list as you might find the exclusion of masterpieces such as The Godfather Part one and two and Chinatown to be a head scratching choice. Of course I love these films, hell I used to be able to quote the majority of Scarface but I have to choose the films which have most surprised and impressed me.

Guy Ritchie’s debut Lock, Stock and Two Smoking Barrels is a great film in its own right the problem is that Snatch surpasses it with a sharper script and a great collection of characters. Snatch is a hilarious film which follows a pair of boxing promoters who fall on the wrong side of psychopath crime boss Brick Top, they must get the aid of an Irish Traveller named Mickey played hysterically by Brad Pitt. Meanwhile there’s a collage of mad characters all clashing to find a 86-carat diamond. Many have called Snatch the British Pulp Fiction and while I agree there’s certainly a Tarantino flair I have to disagree as Ritchie has made his own stamp as a director, the films quality has to be credited to Richie and the wonderful cast of characters he writes.

9. A Most Violent Year

This film is a slow burner and despite the title has very little violence in it, but what it does have in spades is stellar performances by a superb cast with my favourite performance from Oscar Issac to date. Set in the back drop of New York 1981, the most violent year in the city’s history, Abel Morales is set to make a deal which would catapult his heating oil company to the top of the cutthroat industry. Unfortunately Morales’s business is plagued by hijackings and he is pressured by both his wife and attorney to fight violence with violence. The atmosphere of A Most Violent Year is almost tangible due to Director Chandlers great use of lighting and cinematography in conjunction with an amazing soundtrack. Abel Morales may carry himself like a gangster but all he wants is to run an honest business. Oscar Issac is outstanding as a good man struggling through a difficult period which may tip him over the edge and become a pawn of the violence which plagues the city.

A true classic, The French Connection shaped the world of cinema and introduced us to one of the most morally complex protagonist’s, Popeye Doyle. The film leaves you to answer the question of whether Popeye Doyle is a good cop, while he gets results his methods are rather amoral. My favourite element of the film is the juxtaposition between Popeye and the antagonist of the film Alain Charnier. Chandier is introduced in a picturesque Marseilles  as a charming, wealthy and intelligent individual while Popeye is a ruthless, unhinged man consumed by his job and a product of a gritty downtrodden Brooklyn which looks more like a wasteland. The film follows a cat and mouse chase structure where Chandier struggles to stay ahead due to Popeye’s tenacity. The short incidents of violence are so sudden it really shows how unpredictable these moments can be in reality.

One of the best dark comedies, In Bruges is hands down the best Irish film ever made. Set in the titular Belgian city, two hit-men are hiding out waiting for further instructions from their foul-mouthed boss Harry Waters (Ralph Fiennes). Ken the older of the two played by the brilliant Brendan Gleenson who truly embraces the role of tourist looking on admiringly at the  city and all it has to offer. Ray however sulks and moans at every possible moment and makes it clear how little interest he has being there. The dialogue is some of the funniest I’ve ever heard and really captures the Irish banter (sense of humour) perfectly. The film is also rather tragic and as events unfold it becomes a more violent affair.

The best film I didn’t see of 2015, luckily I saw this gem back in January. Critically Sicario has been very well received, almost everything I’ve read about it praises it and deservedly so. Sicario is a haunting refection on the war on drugs and how truly fucked up the situation has become. Emily Blunt plays a determined FBI agent Kate Macer out for justice after a harrowing find at a Mexican cartel safe-house. Outlandish CIA officer Matt Graver (Josh Brolin) offers her the opportunity to find the men responsible on the condition that she asks no questions. What follows is a trip to Juarez Mexico which shakes Macer’s believes and exposes her to the extremes both the U.S and the Mexican government are willing to go in this endless conflict. Benicio Del Toro gives his greatest performance yet as the big bad wolf Alejandro Gillick who remains shrouded in mystery till the films heart stopping climax.

I struggled whether to choose this or Pulp Fiction as both have been massive influences on myself but in the end I gravitated towards Reservoir Dogs. Out the gate we get one of Tarantino’s famous meandering dialogues where our rogue cast of criminals discuss the politics of tipping and Madonna’s dick taking skill. The majority of the run time takes place in an abandoned warehouse giving the film a cool bottle film twist. The majority of the film has conflict but acts of violence are so sporadic it makes you squirm. Tarantino has written some of the most infamous characters over the years and one which has always stood out for me was Mr. Blonde the OG loose cannon. 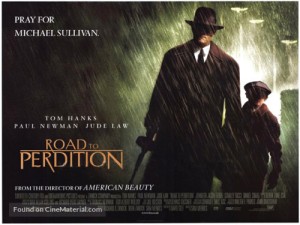 This is the first film I credit as really drawing me in and giving me a proper passion for film, up to that point I’d just watch a film for my fill of violence, laughs, explosions and revenge but Road to Perdition grew my ass up. Tom Hanks has always played the good guy, it’s almost impossible not to like him but Road to Perdition has to be his darkest role to date. Hanks plays Michael Sullivan Sr. whose occupation is an enforcer for Irish Mob boss John Rooney played by the legend Paul Newman.When his son Michael Jr falls out of favour with Rooney’s son Connor both Michael’s find themselves on the run.  The film has some strong themes such as Father and son relationships not just between the two Michael’s but between Michael Sr’s relationship with his boss and the lack thereof between Rooney and his biological son Connor. 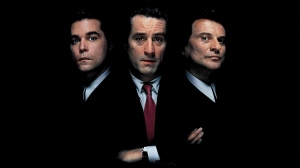 Scorsese’s is one of the greatest directors alive and has not made a below exceptional film to date. Many of his films are true masterpieces and if I’m being honest I only chose one film for this list as I feared it might as well be populated with half of his filmography. Goodfellas follows the rise and downfall of three friends who become the titular Goodfellas in the Italian  mafia. There’s no real linear plot at play here but rather a recreation of what mob life is like. We see the values these characters adhere by and the rock solid loyalty and comraderie they share, but its a dirty world in which they operate and the good times begin to decay. Scorsese knows this world inside out, he observed it during his childhood and this is probably the best recreation of mob life since the Sopranos and up there with the Godfather as the best crime film ever made.

City of God is similar to Goodfellas as it explores gang life in  Rio de Janeiro but the stark contrast is that unlike Henry Hill no one chooses this way of life but rather have no other choice. The lead character Rocket is no gangster but finds himself plunged into gang life by association with members and becomes respected among them due to his photography.City of God is one of the most shocking films i have ever seen as it never glorifies or exaggerates its violence but rather displays how little meaning it has among those who have no value for life and how common  it occurs. I was going to say that Joe Pesci’s character Tommy is the most irredeemable psychopath to grace cinema screens but Li’l Zé takes the crown as the sadistic gang leader. 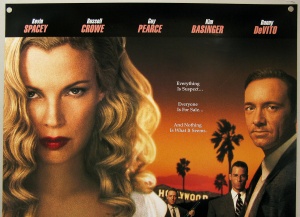 Goodfellas may be what I consider the best crime film ever made but if I’ve to choose my favourite the title goes to L.A. Confidential. One of the best elements of neo-noir films is that the journey is as fascinating as the destination. I love just about everything to do with this film the characters, the soundtrack, the setting, the story everything about this film is top-notch. The film explores the shady underbelly of Los Angeles which has maintained an almost fairy tale reputation as the city of angels but no angels are to be found in this film. For such a large cast of characters we still get plenty of exposition and back story to drive their motives, it’s truly a marvel that director Curtis Hanson can juggle all these characters at once. Towards the end of the film the conspiracy that ties all these characters unravels in a way which reminded me of the classic Chinatown.

Let us know what your favourite crime films are in the comments below or on our twitter @ReelTimeDublin.