Synopsis: 5 years after the events of King of the Monsters, the titans have largely disappeared and allowed humainty to rebuild. When Godzilla emerges after a 3 year absence to destroy a lab owned by a multinational company, Apex, the world is left in shock by an act of aggression from a former saviour. Meanwhile, Monarch has their hands full trying to contain an agitated Kong in order to protect him from Godzilla’s wrath.

It’s hard to believe I’ve finally seen this film after what seems like a million delays and an entire global fucking pandemic still sweeping the globe. The original release date was March 2020, but following King of the Monsters low box office return, the film was pushed out to November 2020, which then again fell through because of Covid. It has felt like an eternity waiting for what has been billed as the final film in the series and the most anticipated showdown for fans of both the Godzilla and King Kong franchises. Thankfully, I can finally take comfort in seeing my favourite giant lizard and monkey box the heads off each other. The Monsterverse has been a dream come true for kaiju fans; seeing these giant monsters brought to life with the best of CGI technology and actually scripts and stories that respect the source material is a sight to behold, especially after Emmerich’s bastardization of the G man in 1998’s Godzilla.

Despite the hokey nature of a giant monster franchise, the unexpected financial and critical success of Godzilla Vs. Kong continues with the film breaking all kinds of box office records within this Covid pandemic. There’s a rich irony that Christopher Nolan took the gamble of releasing his avant garde blockbuster, Tenet, in the middle of the pandemic as a means to “save” cinema (in fairness he never actually stated this) which in reality fell flat on its face; but a silly punch’em up between an overgrown monkey and lizard has reignited confidence in cinemas globally. The reality is there are many factors that have led to the film’s success including more countries opening up with low Covid transmission rates and an actual vaccine rollout which has allowed the reopening of cinemas in different markets. Still, I’m going with the narrative that Godzilla is more successful than Nolan.

Tonally, the evolution of the Monsterverse certainly seems bizarre from the serious and sombre Godzilla released in 2014, which was followed by the more bombastic and colourful Kong Skull Island. Both were great introductions to each respective character that upped the scale but also gave them their own origins that felt fresh and somewhat familiar to their original incarnations. King of the Monsters really embraced the Toho approach of introducing fellow Godzilla rivals and companions with Mothra, Rodan and King Ghidorah, but also gave the series a more fantastical feel than the grounded approach seen in the previous entries. Godzilla Vs. Kong further expands on these fantastical elements with a dose of science fiction that looks Jules Verneesque. What might appears erratic for viewers and a lot of critics actually harkens back to the Japanese Godzilla series, which has gone through various periods where the initial Godzilla film is solemn in tone but usually followed by various sequels that drop the metaphors for excitement and action heavy stories featuring more monsters for Godzilla to mash.

Godzilla Vs. Kong is as nonsensical a blockbuster as you can get with little in the way of logic, science that holds up, or believable characters with genuine reactions to the events unfolding, and yet it’s the exact film the world needs right now. The film is pure spectacle that delivers exactly what it says on the tin, Godzilla and Kong trading blows with no regard for their surroundings, an actual clash of titans with a worldwide lasting impact. Not only a fantastic Kaiju royale rumble, the film further expands on the lore and mythology the Monsterverse has been laying the groundwork for and gives the series plenty of avenues to continue even without the two titular characters.

While I felt the need to defend my high rating of King of the Monsters as a hardcore Godzilla fan, Godzilla Vs. Kong appears to need little defending as both audiences and critics are coming away with a positive experience knowing that the film may be no Citizen Kane but the kind of Hollywood blockbuster we’ve been sorely missing as a result of Covid. The human characters are just as uninteresting as previous entries in the Monsterverse, but director Adam Wingard uses them as simple plot devices and pieces of exposition to get to the monster action. Godzilla Vs. Kong is a rematch nearly 60 years in the waiting, and I couldn’t have been happier with the result. 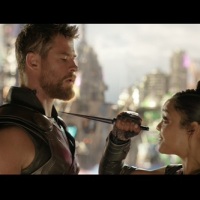 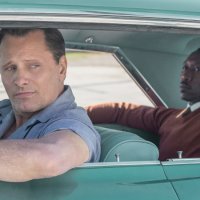 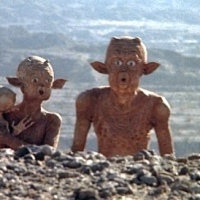 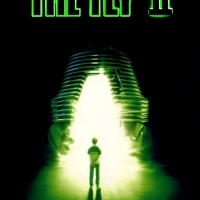