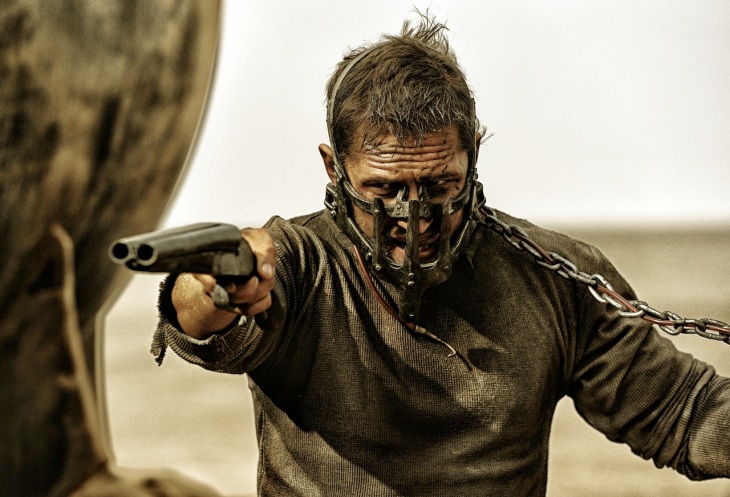 Well another year, another heap of films to come and I’m really enthusiastic about 2016 with many promising films on the horizon. My enthusiasm is probably more to do with the quality of films I witnessed over 2015 with a very strong line-up, also finishing the year with films like Star Wars and the Revenant is bound to have any cinema goer in high spirits.

I must confess that during 2015 I was very selective about the films I saw which meant I suited myself and only saw what I would have considered quality films. During 2015 I moved through three different jobs leaving me with very little time to view the usually high volume of films I would during the course of the year, so I feel I missed out on some potentially great films such as Sicario and The Hateful Eight. I also feel that by being perhaps a little too selective I missed out on some of this year’s biggest stinkers and while many films left me feeling disappointed I feel it would be unjust to make a top 10 worst films of the year list.

So now with that confession of my chest I give to you my top 10 favourite films of 2015….

10. Ant Man:
Surprisingly there were only two major superhero releases this year with both from Marvel Studios, but the biggest surprise for me was that Ant Man not only was a great film considering it having a troubled production, but it was also for me far superior to Age of Ultron. I enjoyed Age of Ultron and certainly wouldn’t consider it a bad film but Ant Man hit all the right notes for me and proved to be one of the funniest films of the year while also giving us a hybrid superhero/heist film.

9. Creed:
2015 has been a big year for franchise revivals with Jurassic Park, Mad Max, Terminator and Star Wars all being rejuvenated but the most intriguing revival for me was Creed. As a major boxing fan and lover of the Rocky films I was on board as soon as I heard Ryan Coogler and Michael B Jordan were involved after seeing the superb Fruitvale Station. Creed is a successful passing of the torch to a new younger actor and gives the franchise a continued sense of depth and drama which Sly captured in Rocky 1 and Rocky Balboa. While not the only boxing film this year Creed manages to outshine Southpaw ( a very good film in its own regard) in nearly every department and also produce the most accurate and realistic boxing scenes on film.

8. What we do in the Shadows:
Hands down the funniest film of the year, What We Do in the shadows follows the lives of four vampires who share a house in Wellington New Zealand. The film has fun with common vampire tropes such having to draw each other to see how they look as they have no reflection, while also showing that even vampires bicker over who does the washing up. Some of the best gags come from how out of date the vampires are. 2015 has been an awful year for comedies but thankfully What We Do in the Shadows is good enough as one film it makes up for it.

7. The Revenant:
Following the massive hit Birdman or (The Unexpected Virtue of Ignorance) all eyes have been on director Alejandro G. Iñárritu and his next film The Revenant. After seeing the Revenant 2 days ago it rightfully gained a place on this list. Iñárritu brings his technical genius and breath-taking one-shot scenes and integrates it’s splendidly into the Revenant. The Revenant is dark and dirty film and a reflection of the setting and time its set, this is not a feel good film but rather a fascinating one.

6. Ex Machina:
I knew Alex Garland’s directorial debut would be great but I didn’t know it would be this great. Ex Machina uses a familiar story of the morality of creating Artificial Intelligence and turns it on its head. Ex Machina thrives from an outstanding cast of Oscar Issac, Domhnall Gleeson and Alicia Vikander. The film is unnerving and has you second guessing every characters intentions right up to its final moments. You don’t have to look far on /r/movies to find an Ex Machina discussion which gives you an idea of how intriguing and well received this film is.

5. Inside Out:
Disney’s most grown up film to date, Inside out is an emotional rollercoaster that will have everyone relating to 12 year old Reilly. After a few stumbling blocks Pixar are back to top form with another instant classic. Inside out had me laughing, gasping and I’ll even admit it crying. A brilliant voice cast and top-notch visuals all bring this animated film to life and a strong contender as one of 2015’s best films.

4. A most Violent Year:
I went into A Most Violent year completely blind, all I knew was that it was considered a crime film and starred Oscar Isaac and Jessica Chastain. What I didn’t know was that it would be one of my favourite films of the year and offer some of the best directing I’ve ever seen. A most Violent Year is a hard film to sell by word of mouth, it’s fairly slow-paced and one hundred percent character driven with very little violence on display, yet all of this makes for a fantastic film. The music reminded me of Scarface and definitely deserves an academy nod as does the two leads in the film. This is Oscar Isaac’s year and this is his best performance to date.

3. Slow West:
Westerns have been a staple of my childhood as my parents used to let me stay up late to watch Clint Eastwood classics such as For a Few Dollars more and A Fistful of Dollars. This year I got more than I bargained for with four big western releases, while I’ve only seen three of them all have made it into this article. Slow west is a visually stunning and strikingly shot and perhaps the most colourful western I’ve seen yet manages to incorporate the ruthlessness of that era. The cast out do themselves with great on-screen chemistry between Michael Fassbender and Kodi Smit-McPhee. Slow West is the directorial debut of John Maclean which is immensely impressive as it is hands down one of the best films of the year.

2. Star Wars: The Force Awakens:
First off yes a lot of plot points in this film are a rehash of A New Hope but I could not care less as J.J Abrams has officially brought Star Wars back to the quality of the original trilogy. Nostalgia aside the biggest accomplishment The Force Awakens achieved for me was building that sense of wonder and adventure the original films gave me, I felt like all these characters were returning to my life again. The new cast is great as well with characters Finn and Poe achieving a genuine friendship In 4 minutes than Anakin and Obi-Wan could in 3 films. I teared up and became emotional during scenes of this film that weren’t even emotionally driven such as dogfights between Tie fighters and X Wings.

1. Mad Max: Fury Road:
Ever since I saw Fury Road earlier this year I said this is the film to beat, and no other film this year was up for the task. George Miller returns to his beloved franchise with a new leading man in Tom Hardy and put the most adrenaline filled film I’ve ever seen on the big screen. Honestly I never thought I’d see a film like this due to studios taking fewer risks, and thank god Warner Bros did. Miller gives us his vision which is bat shit crazy but immensely entertaining. The film is beautifully shot and the practical effects and stunts are out of this world, seriously George Miller has to be a little unhinged to think of some of these scenes. The film stays on the accelerator the entire time and never lets up. Hands down Mad Max: Fury Road is the best film of 2015

Mission Impossible: Rogue Nation:
2015 was the year of the spy film with six major releases, Kinsman, Spy, The Man from U.N.C.L.E., Bridge of Spies, S.P.E.C.T.R.E and Mission Impossible Rogue Nation. If we are all being honest expectations all fell on S.P.E.C.T.R.E with director Sam Mendes returning and it being hyped as Daniel Craig’s last performance as bond. Rogue Nation had other plans and left every other spy film this year in its dust. The Mission Impossible franchise has consistently stayed true to its vision of over the top sequences, innovative gadgets and not taking itself too seriously. Each Mission impossible seems to be getting bigger yet the quality stays consistent.

Jurassic World:
If you cut out the kids subplot and put more time into writing a better villain Jurassic world would have been in my top 10. While definitely a divisive film I think that besides Star Wars this was the popcorn flick of the year, having a lot of fun with its concept. Also that scene with the Indominous Rex wiping out the Parks defense squad was a thing of beauty and a great nod to the classic film Aliens.

Bone Tomahawk:
So 2015 saw the return of Kurt Russell one of the manliest men to grace the silver screen and in true Kurt Russell fashion he was cast as the lead in two of this year’s Westerns. Bone Tomahawk is another directorial debut from novelist S. Craig Zahler who shoots his film and cast like a seasoned pro. The main cast in the film are wonderful and truly play off one another with Richard Jenkins giving what I would consider the best supporting role of the year. The film mixes in some horror elements and some stomach churning gore, there’s a death scene in this film that still haunts me whenever I think about it and is probably one of the most revolting scenes I’ve ever witnessed. Bone Tomahawk is a fairly unknown film but is a real gem for those who can stomach it.